About the RCMP in Nova Scotia 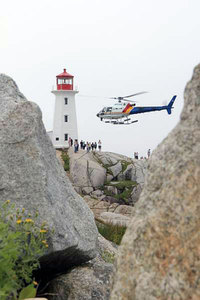 As Nova Scotia's provincial police force, we're dedicated to serving and protecting Nova Scotians. We provide federal, provincial and municipal policing to the province through 53 detachments and more than 1,500 employees.

Communities are the focus of everything we do

We're committed to reducing the number of serious injuries and fatalities on our roadways, and making our roads some of the safest in Canada.

On a daily basis, our officers work to keep Nova Scotia communities safe.

Connect with us on social media

To stay up to date with how we're working to keep Nova Scotians safe:

You'll be among the first to know about public safety issues, such as missing people and road closures.

History of the RCMP in Nova Scotia 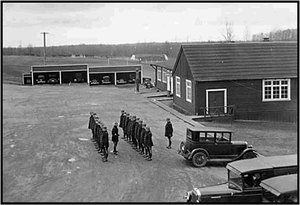 On February 1, 1920, the RCMP absorbed the existing Dominion Police. It became responsible for federal law enforcement across the country.

Until 1932, the RCMP was responsible only for federal policing in Nova Scotia. It had 37 members, 25 of whom policed the military instalments in Halifax. The majority of the RCMP's work centred around enforcing customs, excise, fisheries and immigration laws. A number of high profile bootlegger cases demonstrated the RCMP was a capable police service.

Big changes during the Great Depression

In response to the economic pressure of the Great Depression, Nova Scotia contracted the RCMP for provincial policing on April 1, 1932. About 125 members of former provincial police forces swore the RCMP oath on that day.

In 1933, Nova Scotia was christened H Division. Given the history of the Force in the province and its efforts to prevent the smuggling of hard liquor, the Division was soon nicknamed "Hard Stuff H". Its members would prove themselves worthy of the nickname.

The RCMP presence in Nova Scotia has continued to expand until present day. Now, H Division has 53 detachments and worksites across the province. A state-of-the-art headquarters opened in Dartmouth in 2013 to serve as a hub of operations. It allows personnel to be deployed anywhere in the province to support an unfolding event or incident.