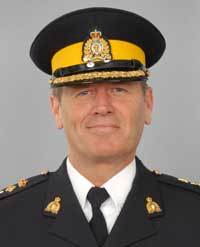 After graduating from the RCMP Academy in 1982, François Deschênes began his career in Ontario and, in the late 1990s, was transferred to Quebec. This experience in a federal policing environment enabled him to develop investigative skills in such areas as economic crime, cross-border crime and internal investigations. During that period, Mr. Deschênes also acted as a staff relations sub-representative.

François Deschênes was commissioned to the rank of Inspector in 2000, joining the C Division management team as the Officer-in-Charge of the Montréal Commercial Crime Section.

In the wake of the events of September 11, 2001, he was given the mandate to lead the Montréal Integrated National Security Enforcement Team, a position he held for a few years until he was appointed Officer-in-Charge of the Technological Crime Unit.

On March 31, 2011, Assistant Commissioner François Deschênes became the 30th Commanding Officer of the RCMP in Quebec.

Originally from the Quebec City area, François Deschênes is married and the father of two children. He holds a Bachelor's degree in Business Administration. In 2013, he became a member of the Order of Merit of the Polices Forces. The Order of Merit of the Police Forces honours the leadership and exceptional service or distinctive merit displayed by the men and women of the Canadian Police Services, and recognizes their commitment to this country.