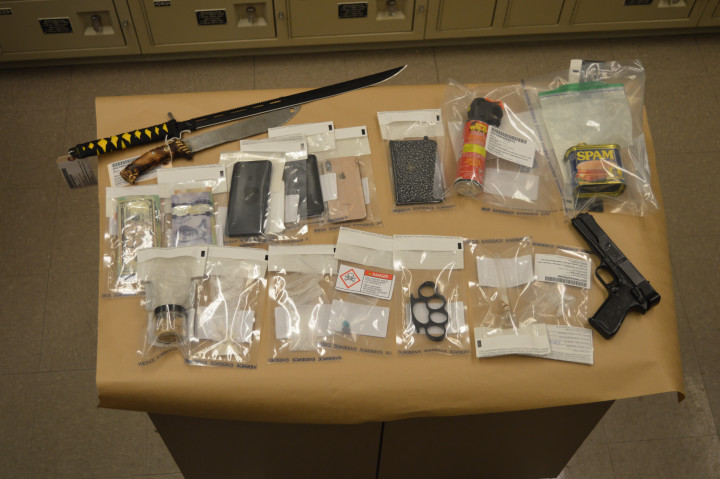 A traffic stop on Highway 13 and 2A on Jan. 20, 2021, has led to the seizure of various contraband items, and charges against two subjects.

While conducting patrols in a targeted area, the Wetaskiwin Crime Reduction Unit identified possible suspicious activity in a vehicle and with the assistance of Wetaskiwin RCMP, conducted a traffic stop. The driver of the vehicle was determined to be a suspended driver.

Both occupants of the vehicle were arrested when officers observed paraphernalia inside the vehicle associated to drug trafficking. A search warrant was executed, and the RCMP seized controlled substances with the bulk of it being Fentanyl. Officers also seized an undisclosed amount of Canadian and American currency, a machete, knife, bear spray, and a pistol type bb gun.

Both subjects are due to appear in court on March 2, 2021 in Wetaskiwin.