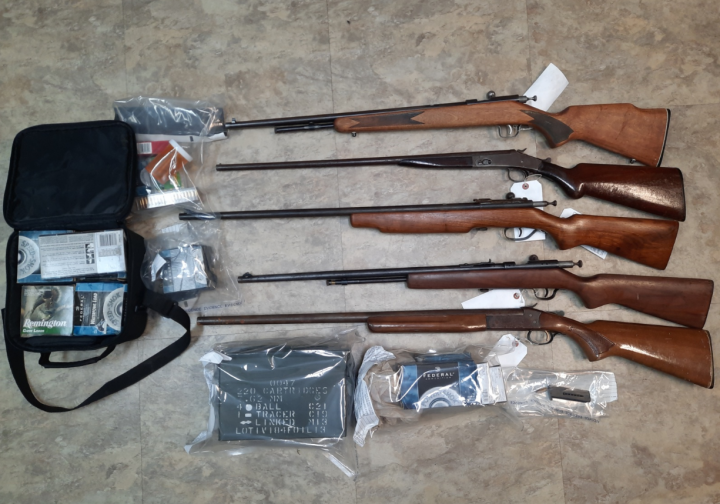 The West District RCMP has recovered a large quantity of stolen items and arrested two people in East Centreville, N.B., as part of an ongoing theft investigation.

On September 9, 2021, police received a report of stolen property located outside a home on Route 110. Police attended the home and arrested a 25-year-old man and a 63-year-old man, both from the community. A firearm was observed in plain sight and was seized.

Police executed a search warrant at the home later that day and seized a large quantity of car parts that are believed to be stolen. Police also seized several firearms.

The 63-year-old man was released pending a future court appearance.

The public plays an important role in helping to reduce, prevent and solve crime. Anyone with information about, or who suspects, illegal activity in their neighbourhood is asked to contact their local police. Information can also be provided anonymously through Crime Stoppers at 1-800-222-TIPS (8477), by downloading the secure P3 Mobile App, or by Secure Web Tips at www.crimenb.ca.