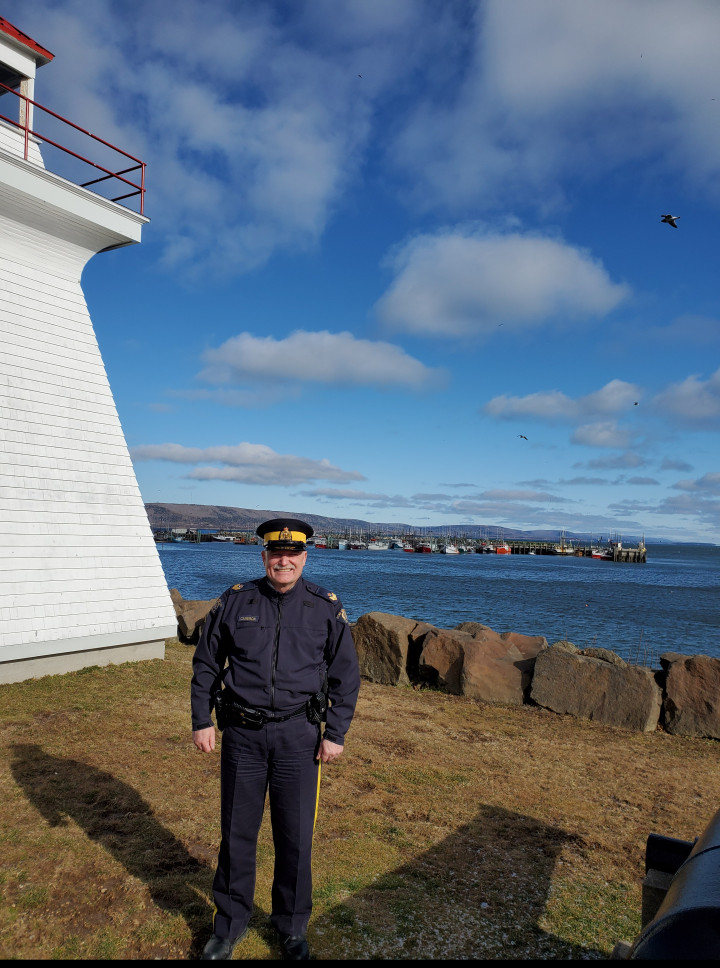 Sgt. Cameron joined the RCMP from Windsor, Nova Scotia, after a 16-year career with municipal police forces in the Maritimes. He has worked in many roles in his 30-plus year policing career. His first assignment after completing Police Cadet Training at the Atlantic Police Academy was with Summerside Police Service in PEI. In 2001 he joined the RCMP and since then, he has worked in roles including General Duty, General Investigation Section, and Community Policing.

He was transferred to Fort McMurray, Alberta, which is one of the largest RCMP detachments in Canada. Sgt. Cameron worked in Fort McMurray during the wildfires that occurred in 2016, and as a result, has an extensive background in working with partner agencies to respond to significant events. He then transferred to High Prairie Detachment, also in Alberta, where he was in charge of operations for that detachment. From there, he transferred to Digby.

Sgt. Cameron is a strong believer in the RCMP's Core Values – Honesty, Integrity, Professionalism, Compassion, Accountability and Respect. As Detachment Commander, Sgt. Cameron looks forward to working with the community to identify and implement the local policing priorities. He plans to work closely with Digby Town Council, the Municipality of Digby County, Bear River First Nation, the African Nova Scotian Community and many other community partners.

Sgt. Cameron welcomes community members to the detachment to discuss their policing concerns. "Stop by the detachment, the coffee is always on," he says. "It's great to be back home in Nova Scotia," he continues.