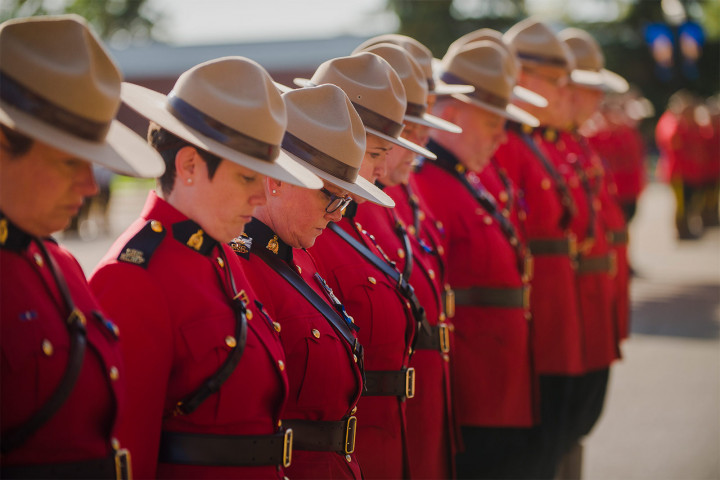 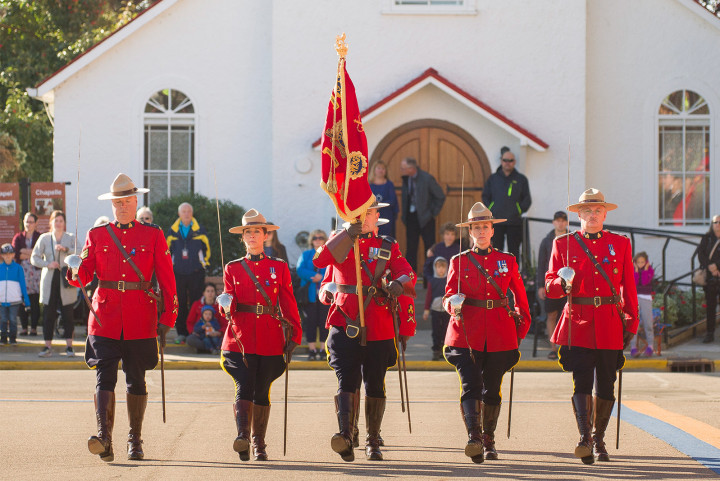 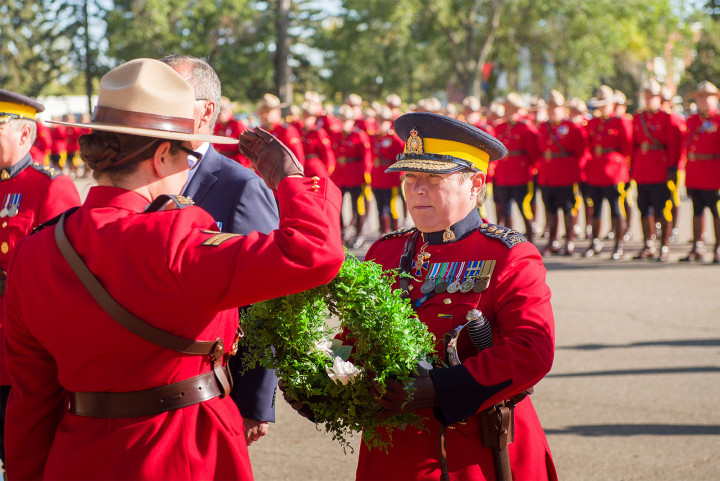 In keeping with a tradition that began in 1935, RCMP members from across Canada gathered on Sleigh Square to honour their comrades who lost their lives in the line of duty. The ceremony included a memorial parade, the laying of three wreaths at the RCMP Cenotaph, the reading of the names of the fallen, bagpipe laments, bugle calls, a moment of silence and a service at the RCMP Chapel.

This year, four names were added to the RCMP Cenotaph, Honour Roll Book and Memorial Wall, bringing the total number of fallen members to 243 since the creation of the North-West Mounted Police in 1873.

The RCMP National Memorial Service – an annual event held the second Sunday of September – was attended by close to 1,000 people, including family and friends of fallen RCMP members, RCMP members, veterans and cadets.

"We build close relationships with our brothers and sisters across the country and internationally," said A/Commr. Breton. "These are the people we work with, lean on for support and trust to help us out when the going gets tough. This sense of comradery is especially difficult when we lose one of our own. This is a time of mourning, but also a time to pay tribute to the memory of our fallen heroes."