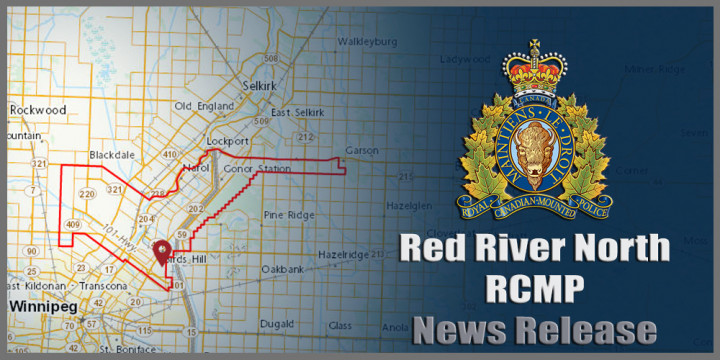 On January 23, 2023, at approximately 12:50 am, Red River North RCMP responded to a call of a suspicious person on Omeniuk Drive, in East St. Paul. A homeowner reported an unknown person was trying to get into his vehicles that were parked in the driveway.

Officers responded immediately and located an abandoned vehicle in the ditch at the intersection of Omeniuk Drive and Terrance Place, in East St. Paul. As the officer was checking the vehicle, he noticed two people walking towards him, a male and female. The officer did not have his emergency lights activated at the time and does not believe the people were aware that he was a police officer. When they approached, the officer noticed the male was carrying a baton. The male was immediately arrested without incident.

After further investigation, it was determined that the male was involved in several instances of property crime in the East St. Paul area. Two vehicles were stolen along with cash, identification and credit cards.

Wayne Duck, 23, of Winnipeg, has been charged with:

He was remanded into custody.

The female was released without charges.