Charges laid against 3 Ontario residents after smuggling 1.5 tonnes of cocaine into Canada 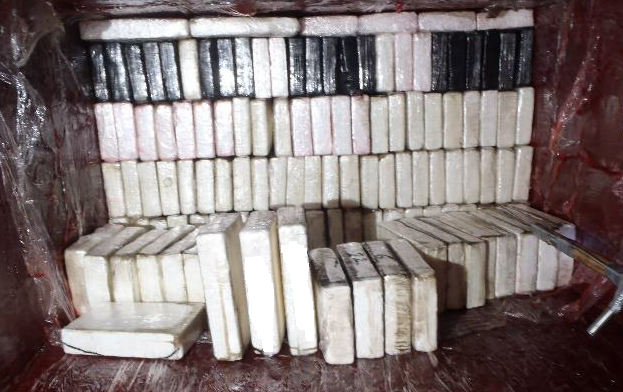 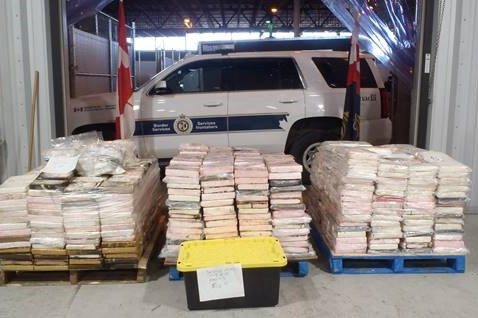 The investigation began in the fall of 2021, after CBSA Intelligence received information about exported shipments originating from Central America. The CBSA, in partnership with RCMP's TSOC team, worked to identify the shipments and the individuals involved. In December 2021, the CBSA began tracking a marine shipping container of interest exported from Central America with a final destination of Saint John, NB. The investigation revealed that the container's contents were imported by a Brantford resident.

In early January 2022, border services officers in Saint John, New Brunswick, seized more than 1.5 tonnes of cocaine concealed within industrial machinery. The total value of the seized cocaine on the current illicit market was approximately $198,000,000 CAD. Evidence was turned over to the New Brunswick and Ontario RCMP for further investigation.

A joint investigation was initiated resulting in the Kitchener RCMP and Brantford Police executing search warrants in Brantford and New Hamburg this week.

The following individuals have been charged:

The accused are scheduled to appear in court on January 19 (CAPOTORTO), and January 20 (KAUP), 2023, in the Brantford Courthouse, 44 Queen Street, Brantford, Ontario.

"The RCMP's TSOC team is very pleased with the results of this effective partnership with the CBSA, FINTRAC and the Brantford Police Service. The considerable volume and value of this seizure also represents a significant financial setback to the gangs and organized crime that victimize Canadians by trafficking in these harmful narcotics. These results speak to the continuous efforts and commitments the RCMP and our partners bring to public safety."

"Thanks to the coordinated efforts of our teams in both the Atlantic and GTA Regions along with partner agencies, these successful results have demonstrated the CBSA's unwavering commitment to protecting our borders from illicit substances."

"This accomplishment serves as a reminder of the importance role of financial intelligence in the fight against drug trafficking and organized crime, as well as the partnerships that exist between FINTRAC, the RCMP and the CBSA."

"As evidenced in this successful investigation, cross-agency collaboration is essential to combat organized crime and beneficially impact community safety. The Brantford Police Service is proud to be a partner and I would like to thank the officers involved for their outstanding efforts."

Law enforcement agencies work diligently to make our communities a safer place to live but your assistance in remaining vigilant and informing us of any suspicious activities will help us be even more effective. If you have any information related to smuggling, drug importation, trafficking, or possession, or wish to report other criminality, contact local police, or through the contacts below: