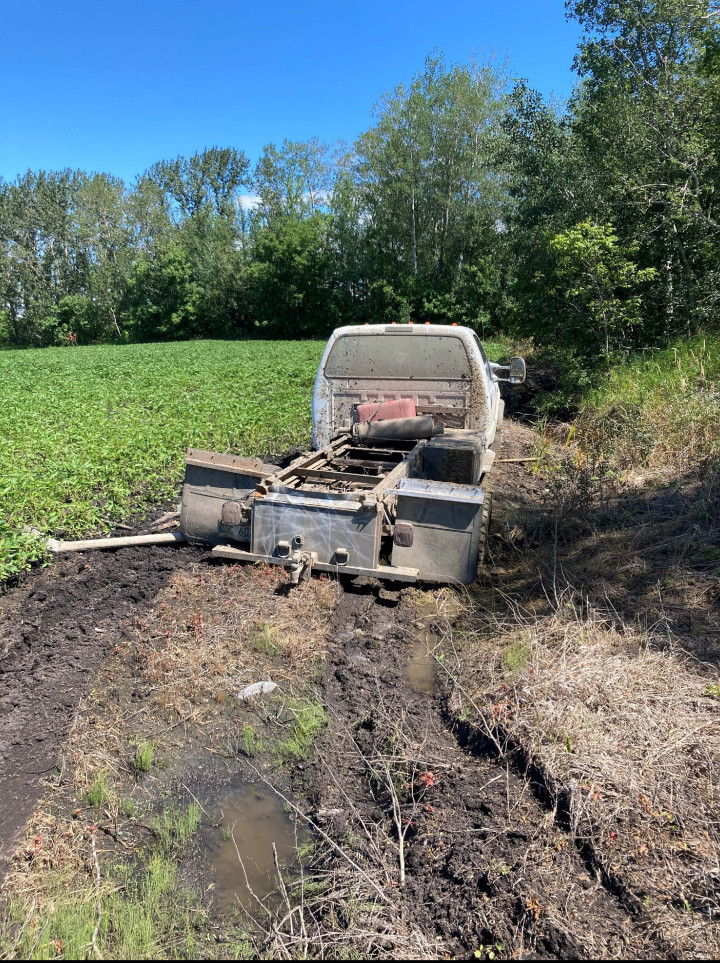 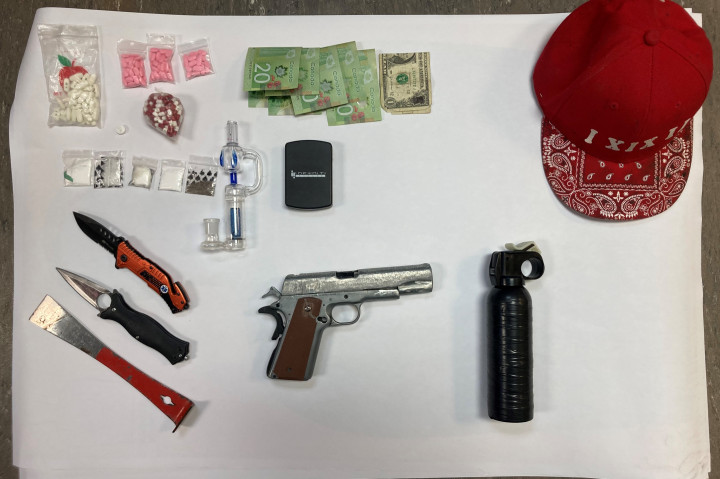 On July 31, 2022 at approximately 12:40 pm, Ste. Rose du Lac RCMP responded to a report of a suspicious vehicle at a rural property, in the RM of Lakeshore.

Officers attended and located the vehicle stuck in the mud. The two occupants of the vehicle fled on foot but were quickly apprehended. It was determined that the vehicle had been stolen from Dauphin on July 25, 2022. Inside the vehicle officers located drugs and several weapons including a replica handgun. Other property believed to be stolen was also recovered.

Both occupants had multiple outstanding warrants.

Jill Johnson, 33, of Winnipeg, and Curtis Pruden, 28, from Dauphin, have been charged with Resisting Arrest, weapons offences and several counts of Failing to Comply. Both were remanded into custody.

If you were the victim of a theft or break-in recently and have not yet reported it to police, please contact your local detachment.