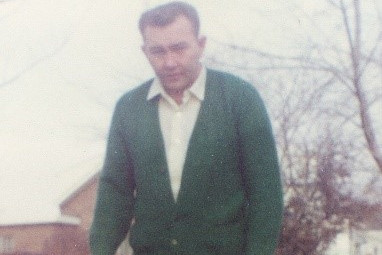 After extensive effort by multiple agencies both in Canada and the the United States, the Yukon RCMP Historic Case Unit (HCU) and the Yukon Coroner's Service (YCS) have determined the identity of the human remains found near Dawson City, Yukon Territory in 1983.

In May, 1983 human remains were found in a wooded area near the North Fork Dam and Dempster Highway. Despite an extensive investigation at the time by Yukon RCMP, the identity of the human remains seen to be a adult male was never determined. The cause of death was and continues to be seen as suspicious.

In 2019, the newly formed Yukon RCMP HCU began actively working on this investigation with particular emphasis on determining the man's identity. The National DNA Data Bank (NDDB) was able to obtain a DNA profile from his remains. However, no match was made despite comparison attempts made both nationally and internationally.

In the fall of 2020, Texas based Othram Inc. was contracted to conduct advanced forensic analysis. This led Yukon Investigators to begin working with the Oaklyn Police Department and New Jersey State Police on on a missing person case from their jurisdicition. In a joint effort by the University of North Texas Health Science Centre (UNTHSC) and NDDB, comparisons were done between the human remains and the missing person resulting in a match.

The human remains have been identified as Theodore Frederick Kampf, an American citizen from New Jersey. Mr. Kampf, who was 46-years old at the time, travelled from New Jersey to the Yukon in July, 1981. His family reported him missing in October after he stopped contacting them.

Investigators have continued this investigation and believe that Mr. Kampf was murdered in the same month – July 1981 by a person or persons. Please help us in determining what happened to Mr. Kampf. Anyone who has knowledge of Mr. Kampf and / or the events leading up to his death is asked to call or email the Yukon RCMP Historic Case tip line, (867) 667-5500, MDIV_HCU@rcmp-grc.gc.ca.

It has only been through the efforts of many that these answers could be provided after 40-years of waiting.