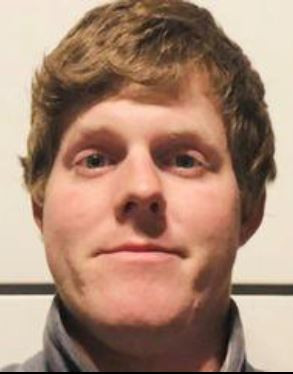 Eric Wildman is now considered a suspect in the homicide of Clifford Joseph. Extensive efforts are continuing this evening to take him safely into custody.

The Manitoba RCMP reminds the public that he is considered ARMED and DANGEROUS. DO NOT APPROACH. RCMP have recovered police tactical equipment, patches and other items resembling police clothing. He may have further access to firearms and police items.

A tip line has been set-up for any information relating to Eric Wildman – anyone with information is asked to call 431-489-8551.

The Manitoba RCMP has issued a warrant of arrest for 34-year-old Eric Paul Wildman, from the RM of St. Clements.

He has been formally charged with Unsafe Transportation of a Firearm as well as the Possession of a Prohibited Device without a License. These charges are in relation to his vehicle being recovered on June 11, 2021, and searched on June 13, 2021.

In addition to firearms, officers also recovered police tactical equipment, police patches and other items resembling police clothing. It is unknown if Wildman has any additional police related clothing or equipment.

The Manitoba RCMP believes that Wildman is armed and dangerous. He should not be approached.

Please call 911 or your local police immediately if you have any information on Eric Wildman. You can also call Crime Stoppers anonymously at 1-800-222-8477, or secure tip online at www.manitobacrimestoppers.com.

Eric Wildman remains a person of interest in the disappearance of Clifford Joseph.

Manitoba RCMP are looking for 34-year-old Eric Paul Wildman, from the RM of St. Clements, in relation to the disappearance of 40-year-old Clifford Joseph.

Wildman is described as 6'2", 170 lbs with blue eyes. He's considered armed and dangerous and was last seen on foot in the East Kildonan area in the City of Winnipeg.

He's known to frequent the City of Winnipeg and the RM of St Clements.

If you've seen him or know where he may be, please do not approach and call the Selkirk RCMP at 204-482-1222 with tips or info, call Crime Stoppers anonymously at 1-800-222-8477, or secure tip online at www.manitobacrimestoppers.com.