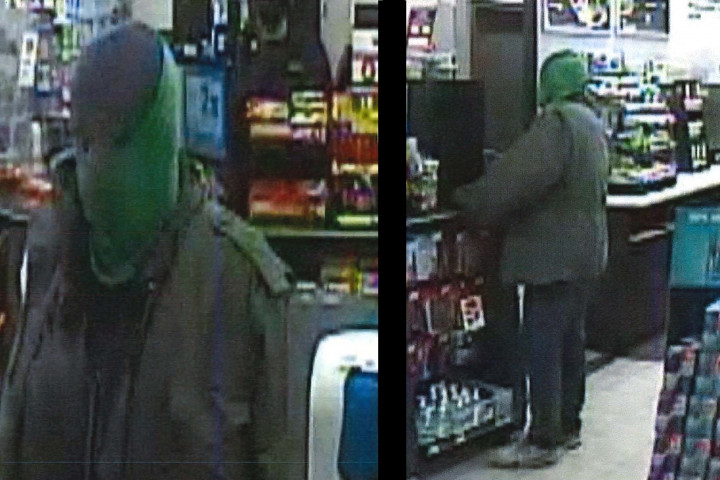 The St. George RCMP is asking for the public's assistance to help identify two individuals involved in a robbery at a business in St. George, N.B.

On February 27, 2021, at approximately 5 a.m., two individuals entered the Circle K convenience store on l'Etete Road and took several packages of cigarettes. They left the store in a light blue or grey GMC pickup truck.

The RCMP is releasing surveillance video photos of the suspects in an effort to identify the two individuals.

The first individual is described as a middle-aged man, about five feet seven inches (170 centimetres) tall with a medium to heavy build. He was wearing a large green or grey winter jacket, a toque, a green bandana over his face, jeans and white sneakers.

The second individual is described as a middle-aged man, about five feet six inches (167 centimetres) tall with a medium build. He was wearing an orange ball cap with a camouflaged brim and a facemask.

Anyone with information about the theft, or who recognizes the individuals in the photos, is asked to call the St. George RCMP at 506-755-1130. Information can also be provided anonymously through Crime Stoppers at 1-800-222-TIPS (8477), by downloading the secure P3 Mobile App, or by Secure Web Tips at www.crimenb.ca.