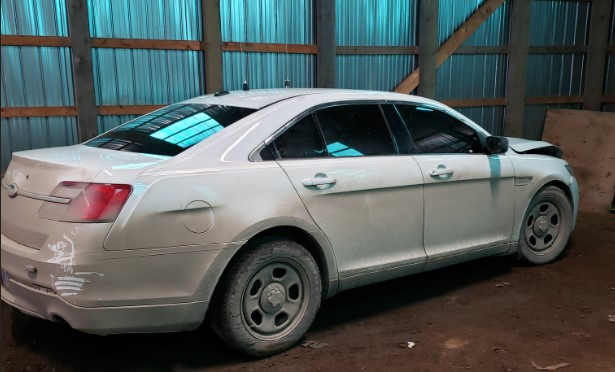 Antigonish RCMP have arrested a 23-year-old man from Antigonish for Impersonation of a Police Officer and seized a vehicle.

Members recently responded to complaints of a suspect driving what looked like an unmarked police vehicle in the Halifax Regional Municipality and Antigonish County. Police believe that the suspect may have used this mock police vehicle to pull over other vehicles.

The RCMP arrested the suspect without incident at a residence in Antigonish and seized a vehicle matching the description. The suspect has been released from custody on conditions and will appear in Antigonish Provincial Court on March 24, 2021 at 9:30 a.m.

Antigonish RCMP believe that there may be additional unreported incidents where this vehicle was used to attempt to pull people over between the areas of Halifax and Antigonish. The seized vehicle can be described as a white 2013 Ford Taurus with reflective striping along both sides with a microphone attached to the dashboard, LED lights and a black push bar mounted on the grill.

If members of the public have seen this vehicle and know of an incident of this nature, please contact Cst. Trevor Arsenault at Antigonish Detachment, 902-863-6500.