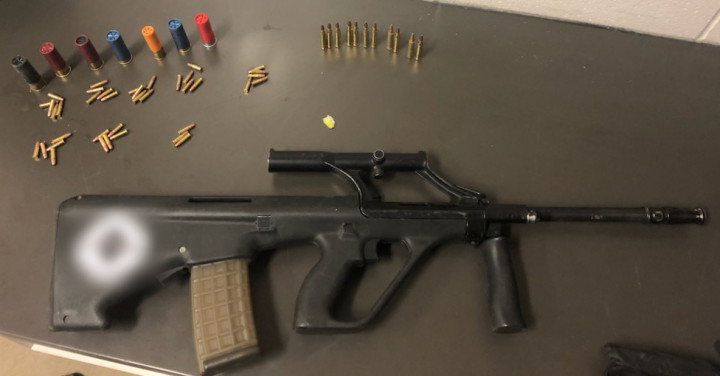 On July 17, 2021 at approximately 3:30 p.m., Onion Lake RCMP received a report that a firearm was found at a security checkpoint at an event on Onion Lake Cree Nation.

Security personnel, in the course of their checkpoint duties, located a bag with a semi-automatic firearm and ammunition in it. The security personnel called RCMP to report the firearm.

Investigation determined the bag belonged to a male who was then located and arrested at a residence on Onion Lake Cree Nation. The male was on multiple outstanding arrest warrants from Alberta and was prohibited from possessing a firearm. He is also a court-designated dangerous offender.

As a result, Robin Wuttunee of North Battleford, SK is charged with: