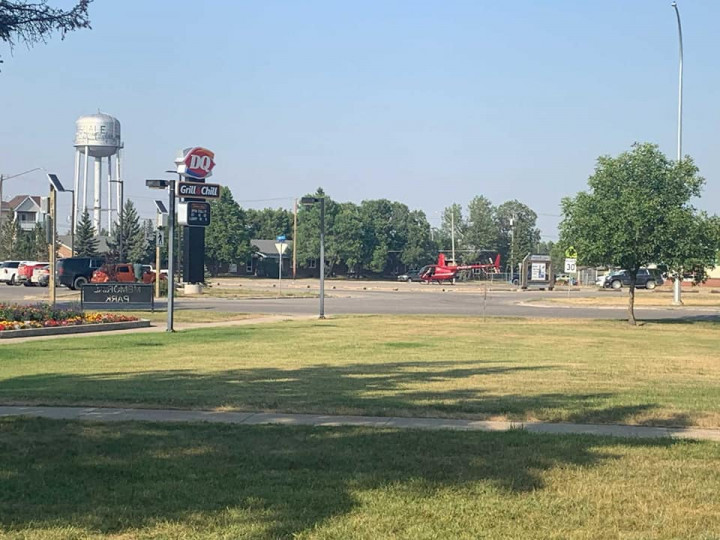 A Leroy, SK man took cravings for ice cream to a whole new level – and landed in the middle of a Tisdale RCMP investigation.

On July 31, 2021 at approximately 5 p.m., Tisdale RCMP received a complaint that a helicopter had landed in a high traffic parking lot on 101st Street in Tisdale, SK. When it landed, the helicopter blew up dust and debris through the area, which includes schools, an aquatic centre and more.

Investigation determined the landing was not an emergency: a passenger of the helicopter exited the aircraft and entered a nearby restaurant to buy an ice cream cake. Officers determined the pilot, a 34-year-old man from Leroy, was licensed to drive the helicopter, but that it was illegal to land it where he did.