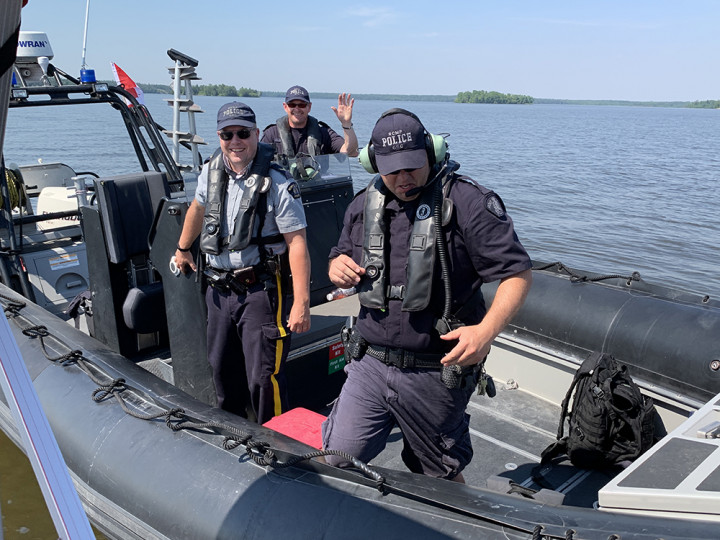 Over the July 2-4, 2021, weekend, the Lac du Bonnet RCMP and the RCMP Inland Water Transport Unit conducted boat patrols on the Winnipeg River, Lee River, and Bird River, as well as the northern Whiteshell chain lakes into Pinawa, Manitoba.

Over the three days patrols were conducted:

17 deficiency notices were issued for various issues under the Small Vessel Regulations, including improper licencing of watercraft or lack of required safety equipment
3 charges under the Liquor, Gaming and Cannabis Control Act were laid for unlawful transportation of liquor on a vessel
2 charges under the Vessel Operation Restriction Regulation were laid for allowing a person under the age of 16 to operate a personal watercraft
1 charge under the Small Vessel Regulation for operating a vessel in a careless manner and without due care and attention on the Lee River
2 general assistance calls for stranded boaters were responded to

"It was a great weekend to be out on the water," said S/Sgt Cory Meyers, Lac du Bonnet RCMP Detachment Commander. "Overall, boaters were happy to see us out there patrolling and ensuring everyone was behaving in a safe manner. We want people to have fun and get home safely at the end of the day, so we were out making sure safety regulations were being followed and people were behaving safely on the water."

"For the most part, people are out enjoying the water and being courteous of others doing the same," said S/Sgt Bob Chabot, Commander of the RCMP Inland Water Transportation Unit. "Unfortunately, you get a few people who are operating their vessel in an unsafe manner or who think it is okay to have alcohol on board. Neither are acceptable. That is why we are out on the waterways and patrolling."