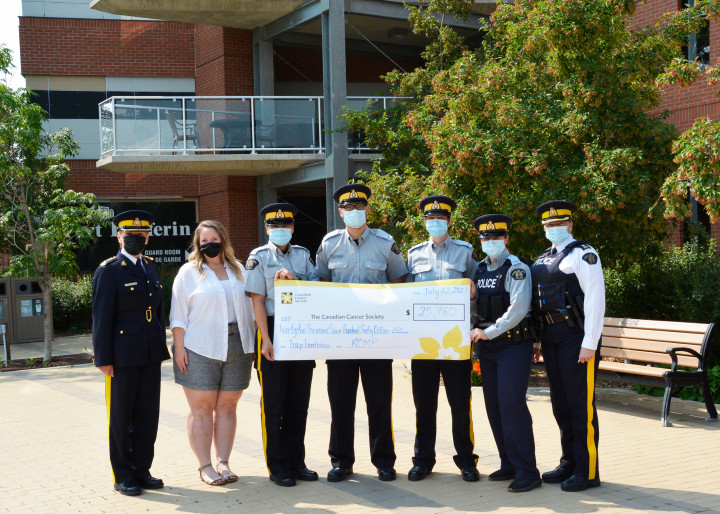 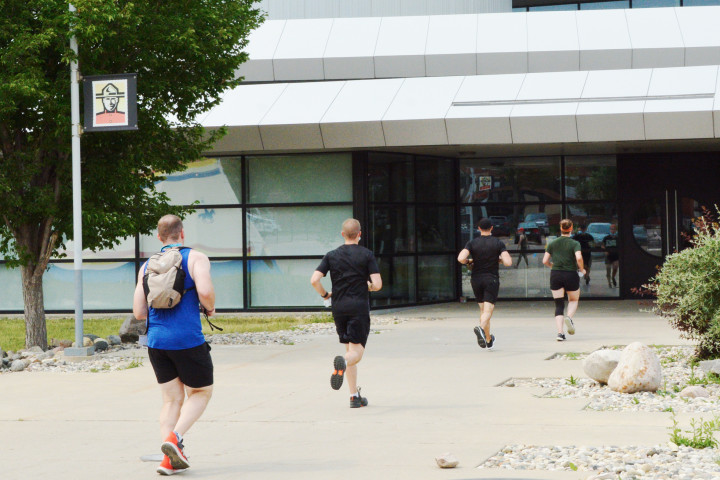 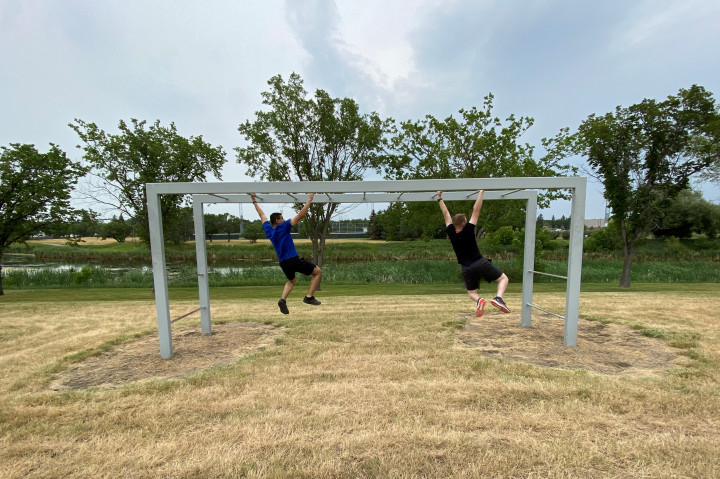 On Saturday, July 17, Depot hosted an "Amuzing Race" for cadets to raise funds for the Canadian Cancer Society in support of fellow members battling this disease. The RCMP Academy is thrilled to share that an amazing $25,760 was raised for the cause.

The idea for the event was brought forward by a current cadet, not only to raise awareness and funds, but inspire comradery, teamwork and community involvement in a safe way during COVID-19. Although restrictions have lifted in Saskatchewan, Depot remains closed to the public and the event was limited to cadets and staff.

Cadets were encouraged to reach out to friends and family for donations. Donations were raised by each troop through the Canadian Cancer Society website. Each troop had a goal to raise $1000 each and many went above and beyond. In return, troops would take part in the race solving clues and completing team challenges all for this good cause.

"The RCMP Academy prides itself on teamwork and comradery. Our hope for this event, was to raise funds in support of fellow members courageously battling this disease and for cadets to work together using training related skills while having some fun. We are thrilled with how this race came together and the amount raised in support of the Canadian Cancer Society," says Inspector Kimberley Pasloske, Officer in Charge Applied Police Sciences.

The race began with the firing of a canon and troops ready at different stations. There were a series of 12 events that were training inspired but had a fun twist. These included obstacle courses, pit inspections, driving, a giant tug-o-war and in true Depot style, lots of teamwork.

Teams could be yielded, which consisted of a 10-minute time delay to take part in an extra challenge like building a pine cone pyramid. For extra donations, cadets could take part in a push-up challenge with the winner generating $3/push-up towards their troop's fundraiser.

Prizes were awarded to the troop that raised the most funds, finished the race first, displayed the most teamwork and for demonstrating Esprit de Corps. There were also "Big Heart Awards" that were presented to individuals who demonstrated preparedness, perseverance and encouragement.

The RCMP Academy extends a big thank you to all those who made donations towards this cause and to all the cadets, employees and members who brought the "Amuzing Race" to life.

Since 1885, the RCMP Academy, Depot Division in Regina, Saskatchewan has been training members of our national police force.

Presently, all cadets of the RCMP undergo their initial Basic Training here, but there is more. We also provide training to various national and international law enforcement and regulatory agencies.

The CCS is the only national charity that supports Canadians coast-to-coast with all cancers in communities across the country. They serve the 1 in 2 Canadians who will have cancer in their lifetime.

The CCS funds ground-breaking research, provide trusted information, offer programs and services to help people with cancer and their families cope, and advocate to governments for important social change. They are the voice for Canadians who care about cancer.