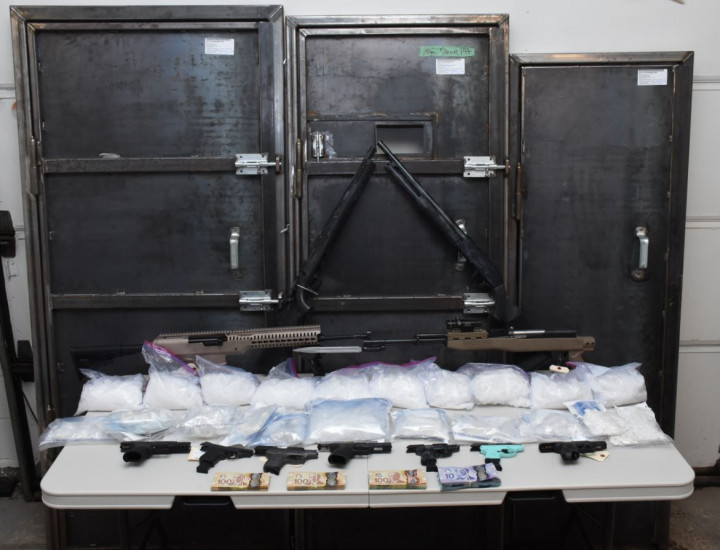 On August 28, 2019, eight people aged 17 to 49 were arrested following the execution of five search warrants at residences in Moncton, Steeves Mountain and Douglas, N.B.

The items seized during the searches include:

Jesse Todd Logue, 26, has been charged with five counts related to firearms and two counts related to drug trafficking. His next scheduled court appearance is in Moncton Provincial Court on Sept. 17 at 1:30 p.m.

The three other people who were initially arrested were questioned and released.

The investigation began in early 2019 and involved members of the Codiac Regional RCMP, the New Brunswick RCMP's West and Southeast Districts, the Fredericton Police Force, and the Woodstock Police Force.