During the Close Protection Training course officers learn how to use defensive tactics as a team when protecting an Internationally Protected Person. Credit: Andrew Marshall/RCMP

A new training course is preparing RCMP officers to work with one of the organization's protective operations units.

The RCMP operates a number of units under the protective policing umbrella including the Governor General Protective Detail, the Prime Minister Protective Detail and the Divisional Protective Services. The units are responsible for safeguarding Canadian and foreign dignitaries, as well as visiting Internationally Protected Persons (IPPs).

The updated training was more than three years in the making, according to Piché. Staff studied global best practices, met with Canadian and international policing partners and researched the history and statistics of threats to IPPs to ensure close protection officers have the most up-to-date and evidence-based knowledge.

While much of the training concentrates on proactive tactics and mitigating threats, it also prepares officers for what to do if something goes wrong.

"We need to ensure they have the tools, skills and knowledge on both the proactive and reactive sides of a potential incident," says Piché.

Participants come to the training from a variety of policing backgrounds, ranging from general duty to specialized roles. While an online module covers some basics in advance, much of the training consists of hands-on scenarios to simulate the reality of the job.

Exercises such as mock meetings allow participants to see how events with IPPs operate, and help them understand their role before, during, and after an event. Volunteers and actors sometimes form crowds during mock emergency and non-emergency scenarios to keep participants on their toes.

The training also includes mock outings such as trips to public venues. Trainees plan the outing themselves by following protective services protocol, meeting with facility staff to learn about site security, and researching potential threats. During the outing, actors with speaking roles are often embedded in a crowd to prompt certain scenarios, allowing instructors to see how participants respond to unexpected circumstances.

"We try to bring an element of realism into the course," says Luke Ward, an instructional designer with the RCMP's National Learning Services who worked on creating the course. "It takes a lot of co-ordination, but the learning value for the participants is invaluable."

Cst. Patrice Rousseau transferred to protective operations after 17 years of general duty policing and completed the new course in the fall of 2021.

""It gave us an example of what the job could be on a day-to-day basis," he says.

In some scenarios, participants have the chance to act as protection officers, an IPP and even an aggressor so they can see how the scene unfolds from all perspectives. The exercises are repeated and new elements, such as changes to the size of the group, are added as they develop their skills.

"You can really see them get better from one run to the next," says Piché.

Over the course of the training, officers also learned close protection-specific firearms tactics, specialized police defensive techniques, working as a team in tense situations, and other skills that build on their previous police training and experience.

"By the time they're done, their skills have sky-rocketed and I would work with any of them any day," says Cpl. Sylvie Nault, who spent a decade working with the Prime Minister Protective Detail before joining the National Close Protection Training Unit in 2018.

Participants like Rousseau praised the instructors for creating a supportive learning environment where mistakes are corrected rather than criticized.

"I had some learning assistance and it's really tailored to your needs and your skill development," says Rousseau.

He says instructors kept a close eye on the trainees throughout the course, and regularly provided pointers and advice, sharing insights from their own experiences in protective operations.

"The instructor cadre has such a diverse background and everybody is able to bring something different to the table," says Nault.

According to Piché, after taking the course many participants prepare for full-time work with a protective policing unit or for part-time support on protection teams when an IPP visits their region.

RCMP Cst. Mike Park, who completed the course in the fall, signed up to add to his existing experience and try a new type of police work.

"They say there's over a hundred different jobs with the RCMP and I want to try out as many as possible throughout my career," says Park, who also worked general duty (patrolling the streets in a police cruiser and responding to service calls) and participated with the Musical Ride. "The course was difficult, but the instructors and support staff went above and beyond."

The new course is part of a wider initiative to modernize the RCMP's close protection training. Work is underway to develop and update courses related to other aspects of close protection work such as driving, site security, and working abroad. 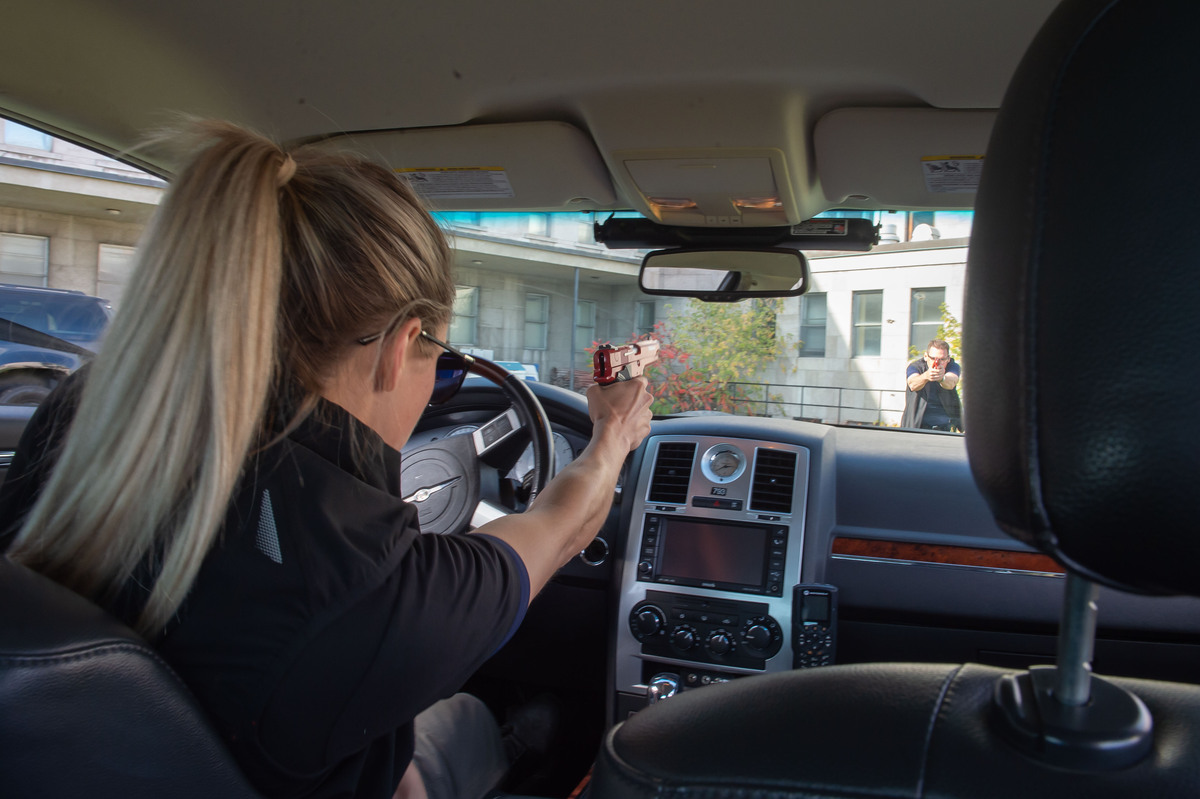 During a real-life scenario training, officers learn how to work in and around vehicles when protecting an Internationally Protected Person. 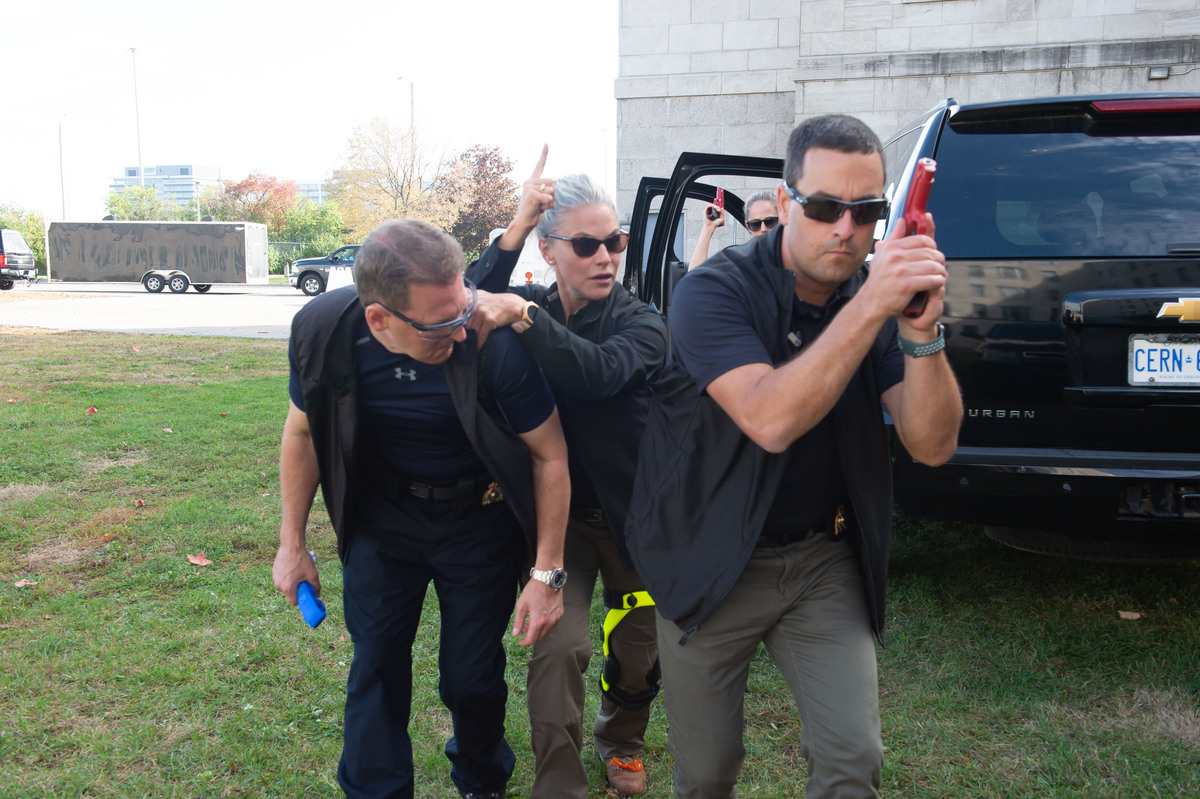 Plainclothes RCMP officers use prop firearms in a training exercise to protect an Internationally Protected Person during the RCMP's close protection officer training. 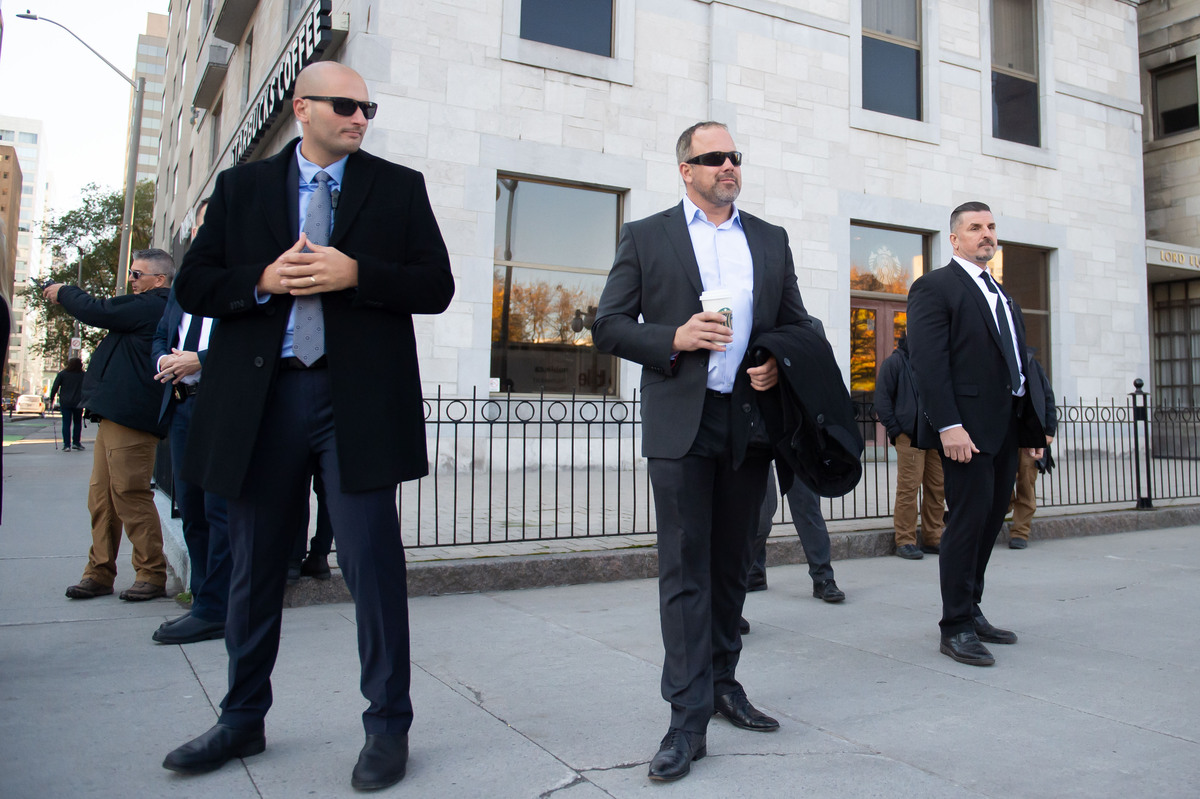 A group of bodyguards-in-training practise a real-life scenario during the RCMP's close protection officer training. Training in a public setting gives officers a taste of what it's like on the job. 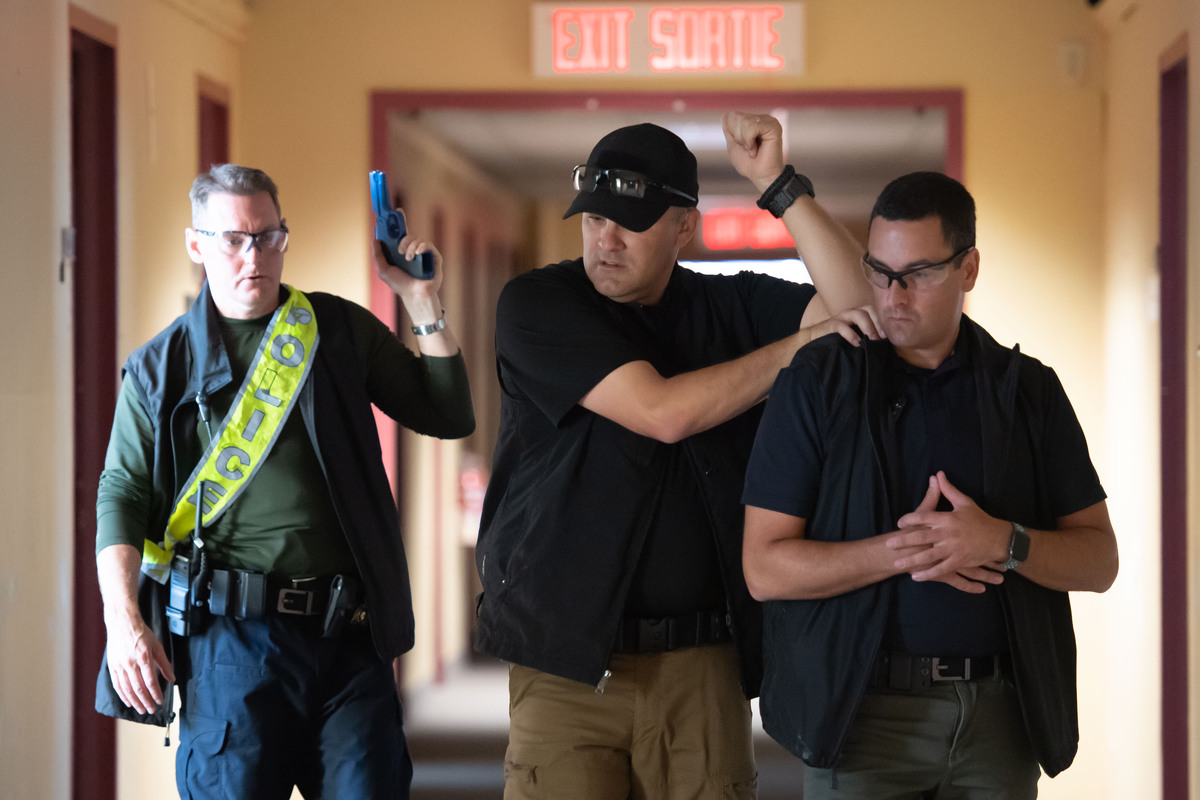 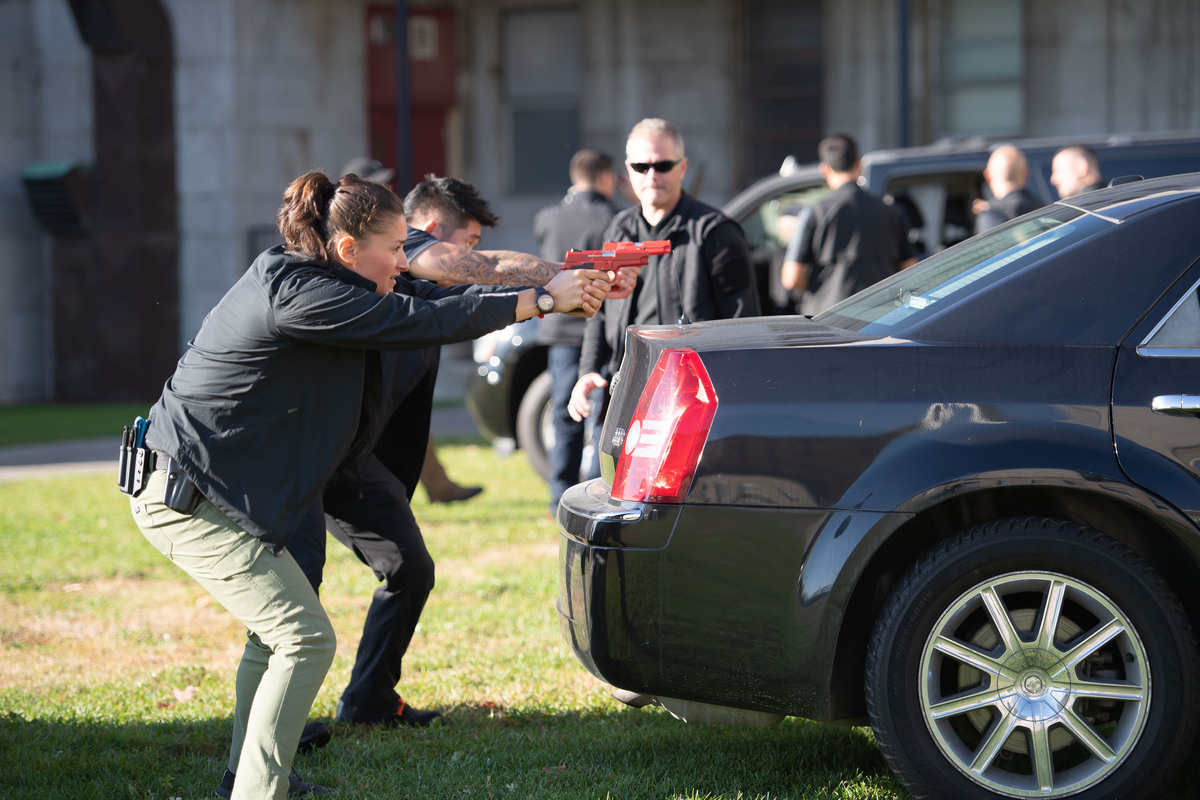 During the close protection training, officers learn how to respond if there's a threat to an Internationally Protected Person while in a vehicle. 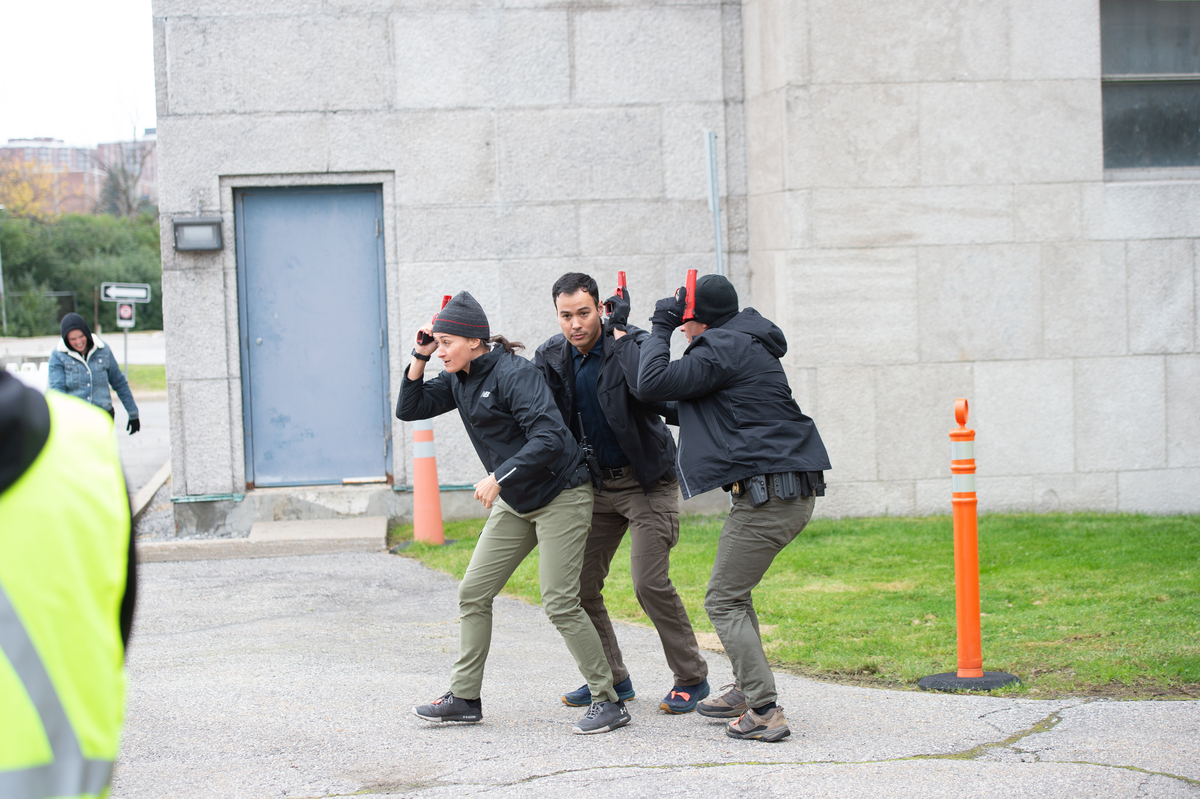 Tactical training is an important component of the new close protection training course. During the training, officers learn how to respond if there's a threat to a VIP. 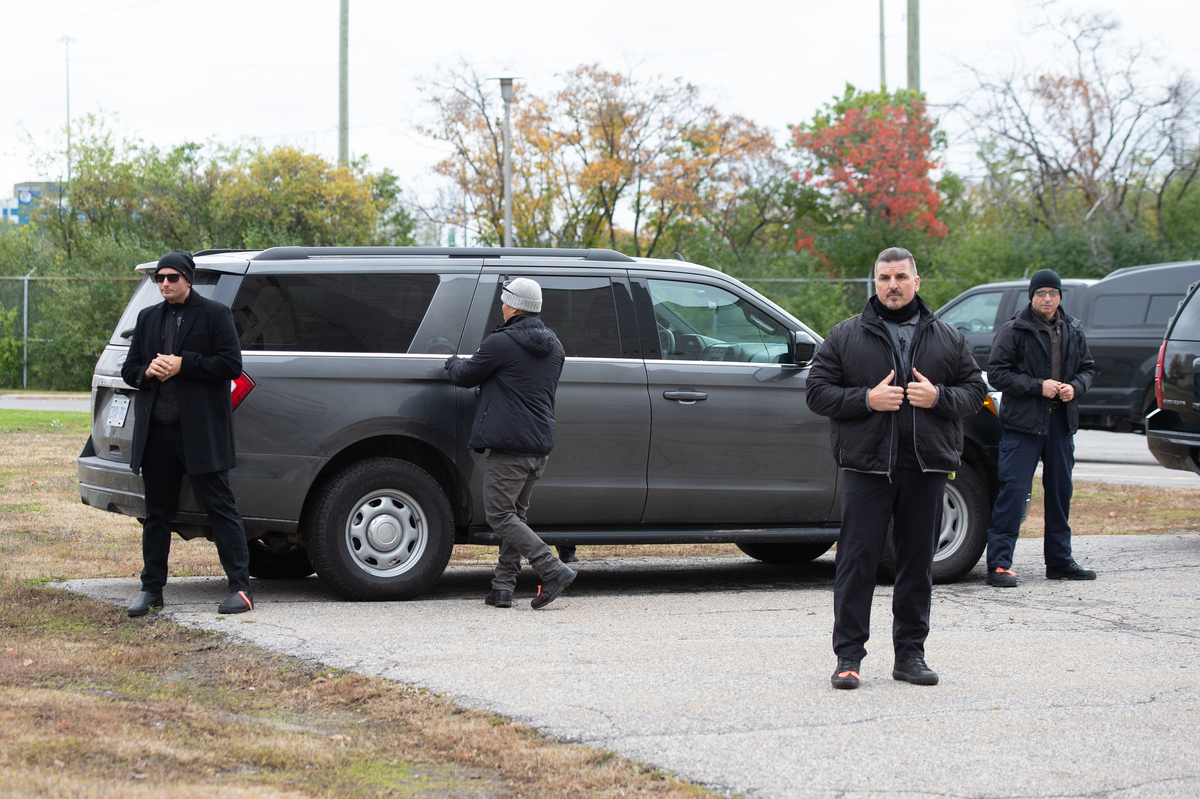 Officers learned the nuances of working in and around vehicles as a close protection officer. 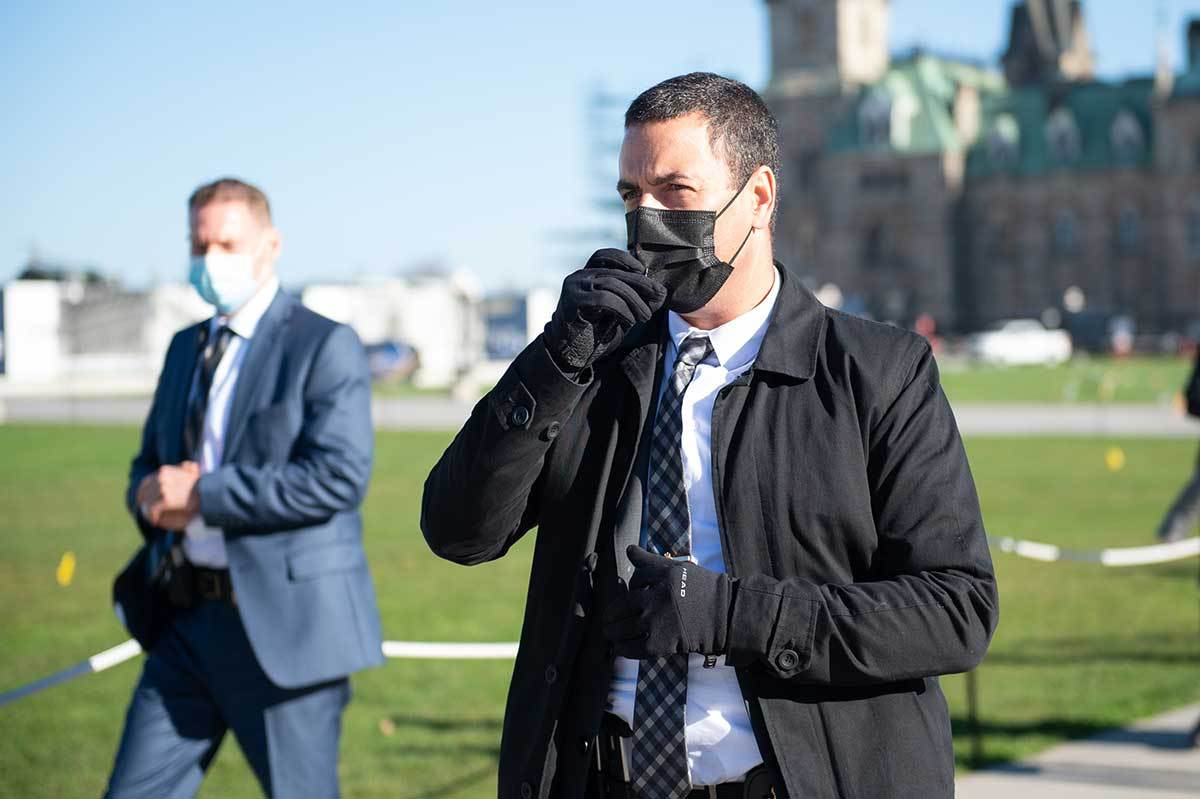 Training in a public setting provides officers with a taste of what it's like on the job.