On June 17th, the RCMP and U.S. Coast Guard Thirteenth District formalized their standard operating procedure for Shiprider during a signing ceremony at the Peace Arch Provincial Park pavilion in British Columbia. 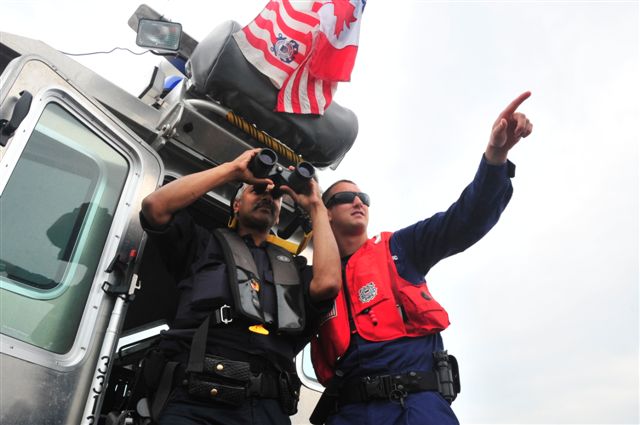 How the Canada-U.S. Shiprider Works

Canada-U.S. Shiprider involves vessels jointly crewed by specially trained and designated Canadian and U.S. law enforcement officers who are authorized to enforce the law on both sides of the international boundary line. Working together, armed Canadian and U.S. law enforcement officers are able to transit back and forth across the border to help secure it from threats to national security, as well as prevent cross-border smuggling and trafficking.

In Canadian waters, Canada-U.S. Shiprider operations are subject to Canadian laws, policies and procedures and all operations are undertaken under the direction and control of the RCMP. RCMP vessels designated as Canada-U.S. Shiprider vessels have a member of the USCG on board and are able to enter U.S. waters to enforce U.S. laws under the supervision of the USCG member.

Likewise, USCG vessels designated as Canada-U.S. Shiprider vessels have a member of the RCMP on board and are able to enter Canadian waters to enforce Canadian laws under the supervision of the RCMP officer.

By authorizing these officials to operate on either side of the border, the USCG and RCMP have developed a more efficient means of securing both sides of the border without violating the sovereignty of either nation.

Five Canada-U.S. Shiprider pilots were conducted as a "proof of concept" for the Integrated Cross-border Maritime Law Enforcement Operations (ICMLEO). The following operations provided the basis to gain governmental support for this framework agreement: