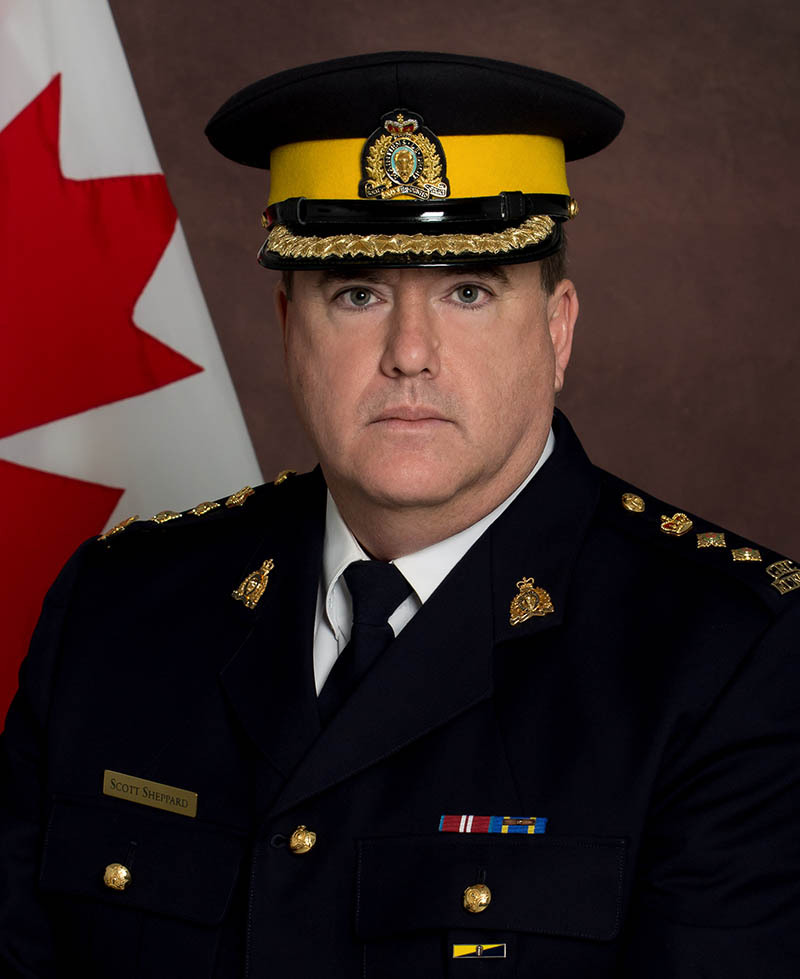 In November 2016, C/Supt. Sheppard was appointed to the position of Commanding Officer for Yukon, also known as "M" Division, and is currently posted to RCMP Headquarters in Whitehorse.

C/Supt. Sheppard began his career in Powerview, Manitoba in 1990, working on general duty investigations. In 1995, he transferred to British Columbia where he worked in a variety of locations and roles over six years, including front-line policing in Coquitlam, drug investigator in Vancouver, undercover operator and explosives technician in Vancouver.

In 2006, after spending a few years teaching in the Explosives Training program at the Canadian Police College in Ottawa, he returned to British Columbia to be a Watch Commander at Prince George detachment.

In 2007, C/Supt. Sheppard was commissioned to the rank of Inspector at National Headquarters in Ottawa as the Officer in Charge of Chemical, Biological, Radiological, Nuclear Explosives (CBRNE) Operations. In this role, he led a number of initiatives including International Training and the development of the CBRNE protection plan for the 2010 Olympics.

Throughout his career, C/Supt. Sheppard has received several honours for his efforts, including the Queen's Jubilee medal in recognition of his leadership and development of the 'Whole of Government' approach to security during the 2010 Olympic Games, as well as the Commanding Officer's Commendation for long term Undercover Operations.

C/Supt. Sheppard has also presented on the RCMP's security programs to officials in the United Kingdom, United Nations, Geneva, as well as INTERPOL, and has conducted program reviews for Australian police agencies. He has also assisted the Canadian Forces in furthering their counter insurgency investigations during his time in Afghanistan and through his efforts in Canada.

C/Supt. Sheppard is married and has two adult children. He is an avid outdoors person who enjoys fishing and hunting. He also enjoys electronics, mechanics and rebuilding antique cars and motorcycles.