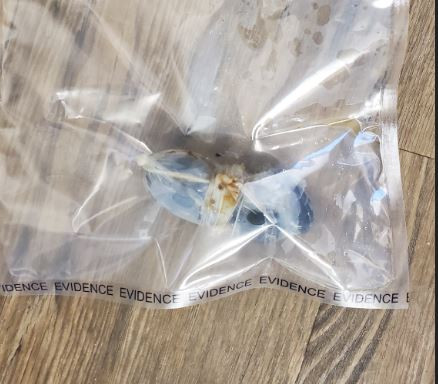 On January 23, 2023, at approximately 4:05 am, Selkirk RCMP received a report of a break and enter in progress at a business located on Main Street, in Selkirk.

Witnesses described the suspect as breaking windows and attempting to pry a door open. The suspect failed to enter the property and fled the scene on foot.

Officers attended to the business and were immediately advised that the suspect was seen walking further down Main Street.

The suspect was located and arrested without incident. Officers spoke with the suspect and, once his identity was confirmed, was found to have an outstanding Canada Wide Parole Warrant. He was transported to the Selkirk RCMP detachment.

While the suspect was in police custody, it was discovered that he had ingested drugs, as an attempt to smuggle them into prison, as he had passed a balloon filled with what is suspected to be heroin and methamphetamine. To ensure the male's safety he was transported to hospital.

Lennox Atlookan, 23, of Thunder Bay, has been charged with Breaking and Entering, Possession of a Weapon for Dangerous Purpose, Mischief and Possession for the Purpose of Trafficking x2. He was remanded into custody.