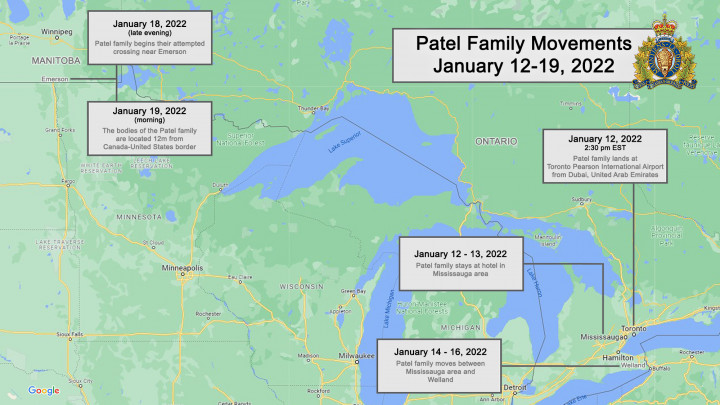 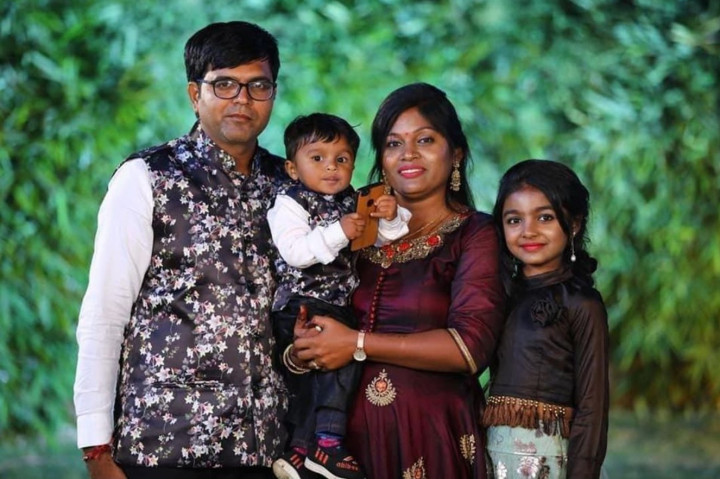 On January 19, 2022, Manitoba RCMP discovered four bodies near Emerson, Manitoba, approximately 12 metres from the Canada/U.S. border. Their deaths were determined to be due to exposure.

Investigators believe the family was dropped off near the border and were attempting to enter the United States on foot with a larger group of people, when they became separated and succumbed to the elements. The bodies of Jagdishkumar, Vihangi and Dharmik were located together. The body of Vaishaliben was located a short distance away from her family.

An investigation was immediately launched and has determined that the Patel family entered Canada for the purpose of eventually entering into the United States. Further, it has been determined that the Patel's travel from India into Canada and their attempt to gain entry into the United States was an organized and thought-out operation likely being run by a human smuggling network.

Following the airing of a Fifth Estate episode on October 21, 2022, and an RCMP news release issued on October 22, 2022, new information about their travel in Canada has been confirmed. Investigators, however, continue to have a gap between their last known location in southern Ontario on January 16th and their arrival to Emerson on the evening of January 18th.

A timeline of the Patel family known movements within Ontario

There remains a gap of two days between the family leaving the Mississauga area and arriving at the Emerson border. It is still unknown how they travelled from southern Ontario to Emerson.

"A year ago today, a senseless and preventable tragedy occurred. This tragedy was facilitated by individuals who had no regard for the safety and wellbeing of a young family," said Corporal Julie Courchaine of the Manitoba RCMP. "RCMP officers have been diligently working on this investigation and continue to urge anyone with information, as small or insignificant as it may be, to please come forward."

Investigators continue to ask the public for their assistance with the movements of the Patel family within Canada. If anyone has information on the Patel family's stay between January 14-16 in the Mississauga area and the City of Welland, Ontario, as well as their travel from Ontario to Manitoba, please call Manitoba RCMP Major Crime Services at 431-489-8551, or you can report it to Crime Stoppers anonymously at 1-800-222-8477, or secure tip online at www.manitobacrimestoppers.com.