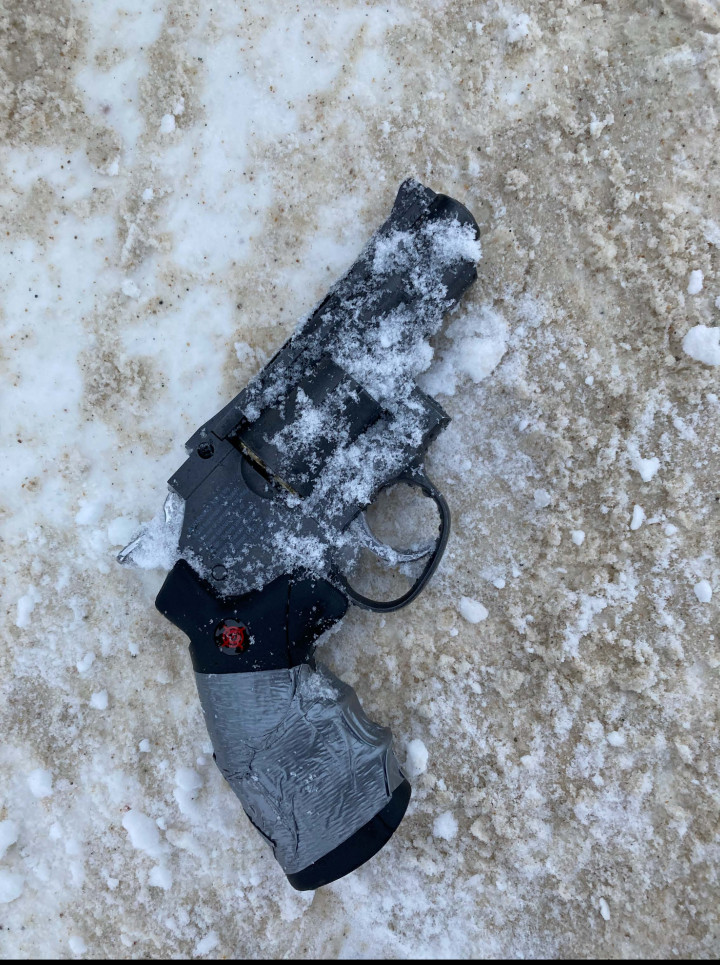 On January 11, 2022, at approximately 3:25 pm, Selkirk RCMP received a report of an assault with the possibility of a weapon involved on Selkirk Avenue, near Mercy Street, in Selkirk, Manitoba. When officers arrived on scene, they located two males who had been involved in an altercation. Justice Langlois, 26, was immediately taken into custody without incident. The second male on scene, Riley Adams, 24, was believed to be in possession of a firearm. When police arrested him, he assaulted two officers. Both officers received minor injuries.

Investigation determined that Adams had struck Langlois with his vehicle, then chased him down with a firearm after Langlois had smashed a window on Adams's vehicle. A BB gun that looked very much like a handgun was located in the snow close to the scene and seized. Langlois received minor physical injuries after being struck with the vehicle and was found to be in possession of a homemade weapon, namely a rag with a large bolt on the end.

Both males are remanded in custody. Langlois is charged with Possession of Weapon for Dangerous Purpose, Mischief Under $5000, and Fail to Comply.

Adams is charged with Assault on Police Officer x2 and Possession of Weapon for Dangerous Purpose x2.

The investigation continues and further charges may be laid.