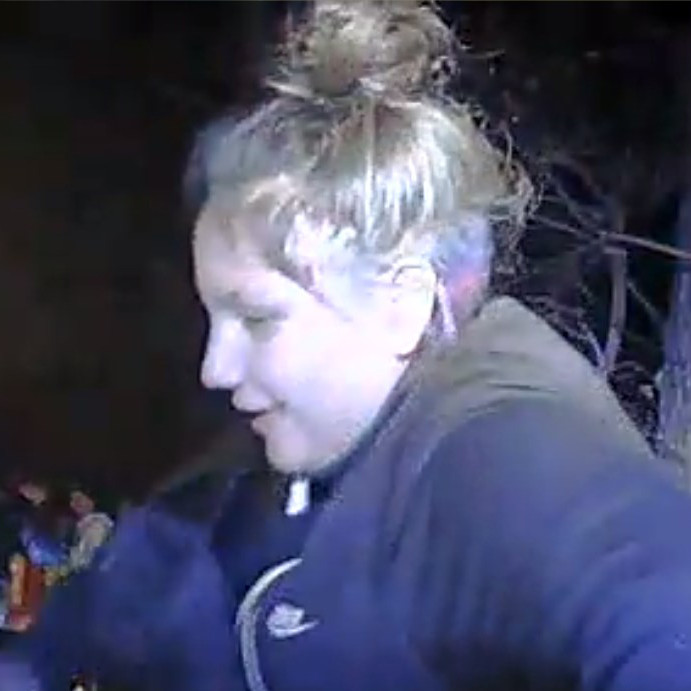 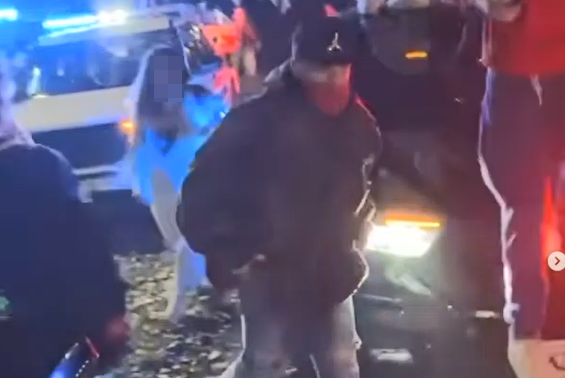 On October 29, 2022, RCMP officers were called to a residence on Saddleridge Lane in East St. Paul, in relation to a large party.

As officers walked towards the main residence, a number of people jumped on two police vehicles; causing significant damage.

The RCMP has been working diligently on identifying every individual captured on video damaging police vehicles.

Over the past several weeks, investigators have identified and arrested four people responsible for the damage to police vehicles. Three males, aged 18, 17, and 16, and a 17-year-old female, all from Winnipeg, were charged with Mischief. They were released from custody and are scheduled to appear in court on March 7, 2023.

A number of other suspects who were on the police vehicles have been positively identified through this investigation. The RCMP is not releasing their names and photos at this time as officers are in the process of locating them to place them under arrest.

These individuals, widely and clearly captured on social media videos and police vehicle cameras, are encouraged to immediately contact the RCMP and make arrangements to turn themselves-in.

Apart from the individuals above, the RCMP is looking to identify and speak with a male and female who were present at the party and may have information that could further assist the investigation (photos attached).

Anyone who may know, or has information about, these two individuals are asked to call the Red River North RCMP Detachment at 204-482-1222, Crime Stoppers anonymously at 1-800-222-8477, or secure tip online at www.manitobacrimestoppers.com.

"We made it very clear that the behaviour exhibited that evening was unacceptable. We anticipate that every individual who took part in damaging police vehicles will be arrested and charged," said Superintendent John Duff, East District Commander for the Manitoba RCMP. "I have also reviewed video where a vile racial slur is directed at a RCMP officer. I have spoken with the officer and expressed my dismay that he had to endure such hateful language from those in attendance."

Officers also intervened and stopped a sexual assault that was about to occur. The two male suspects fled and the victim was taken to hospital. This matter remains a priority for the RCMP and is under investigation.

Multiple youth jumped on two RCMP vehicles and proceeded to kick in a windshield on one vehicle and the other suffered major damage to the roof and hood. As the incident unfolded, it became apparent there were far more youth in attendance than the initial amount that swarmed the police vehicles. Officers estimate there were several hundred party-goers present during the incident.

Racial epithets were made against visible minority officers responding to the scene, officers were spit on, and had fireworks launched at them and their police vehicles. Excessive drug use was apparent to officers as was a severe level of intoxication amongst many of the party attendees.

Officers located an intoxicated female youth who was being dragged into an adjacent bush where two male youths attempted to sexually assault her. Both males fled when officers intervened. The female was transported to local hospital for serious injuries.

"Some of the youth at this party were in vulnerable states and clearly in danger, yet many in attendance were preventing our officers from doing their jobs. We are very concerned that there may be more victims of crime that night," said S/Sgt Kyle McFadyen of the Selkirk RCMP. "We are asking anyone who may be a victim or who may have been a witness to a crime to contact us immediately."

"What occurred on Saturday and what our officers faced is unacceptable. The level of violence and the racist language directed at responding police officers is beyond disturbing. Be assured that we are reviewing video and audio captured by our police vehicles as well as the videos posted to social media. We will hold people accountable for their actions," said Superintendent John Duff, East District Commander, Manitoba RCMP.

No police officers were injured during this incident.

The damage to the residence, the property, and the police vehicles was significant. No dollar figure is currently available.

The homeowner was out of province at the time of the party and is cooperating with police in the investigation.

If you have any information regarding this event or if you were a victim of a crime that night, police would like to speak with you. You are asked to call the Red River North RCMP Detachment at 204-482-1222, Crime Stoppers anonymously at 1-800-222-8477, or secure tip online at www.manitobacrimestoppers.com.