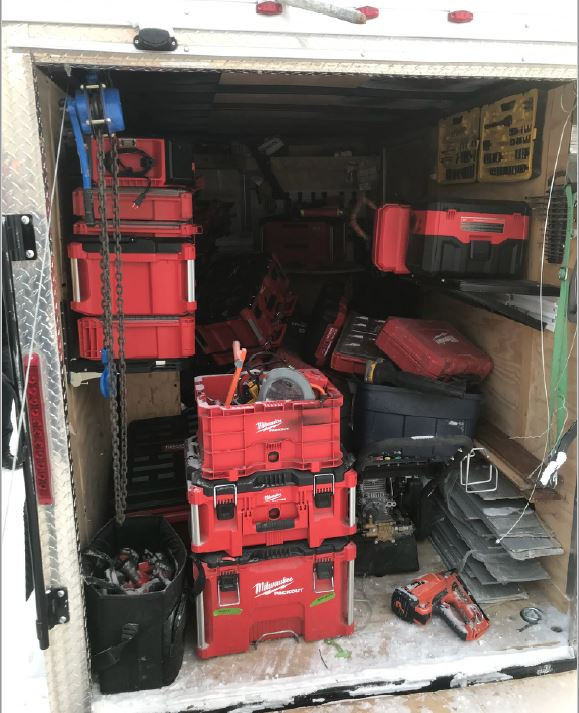 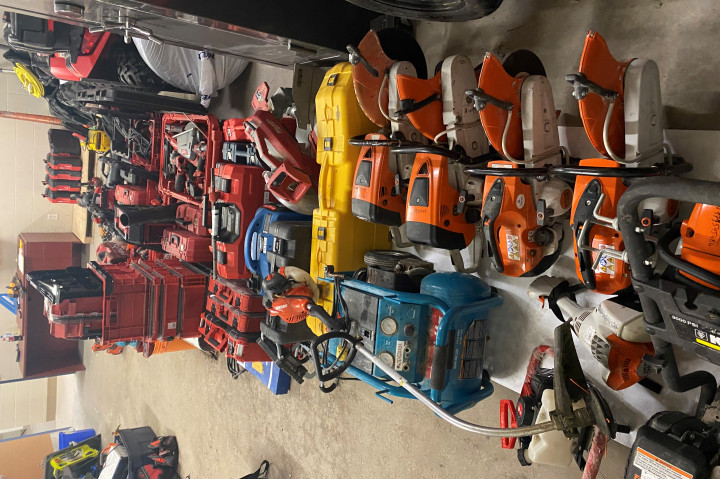 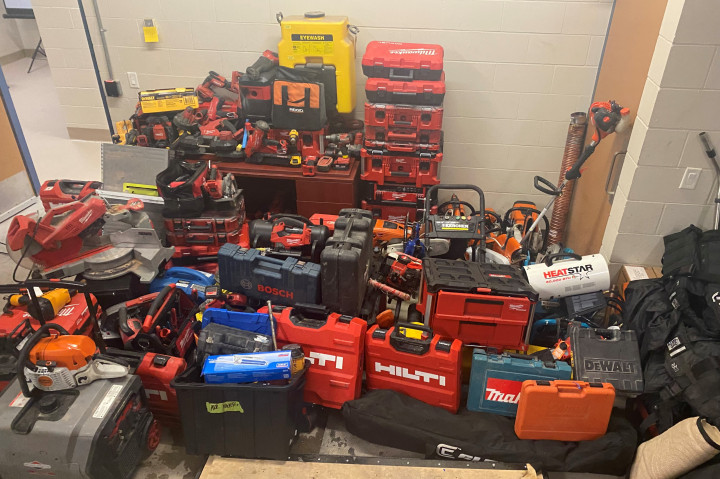 On January 25, 2022, Red River North RCMP (East St Paul) received a report of a theft of several valuable power tools from a construction site located in the RM of West St Paul.

The investigation led to the execution of a search warrant at a property in the City of Winnipeg on February 4. The warrant was executed by Red River North officers with the assistance of the East District Crime Reduction Enforcement Support Team (CREST).

The search resulted in the recovery of a stolen enclosed trailer, which contained hundreds of stolen power tools that had been take from multiple sites. The value of these tools is believed to be over $80,000.00.

Officers arrested a 30-year-old male, from Winnipeg, who was later released for a court appearance scheduled May 10, 2022, in Winnipeg where he will face several counts of Possession of Stolen Property.

If anyone believes their tools may be a part of this recovery, you are asked to please contact the Red River North RCMP at 204-667-6519 and be prepared to provide identifiable characteristics in order to reclaim your property.