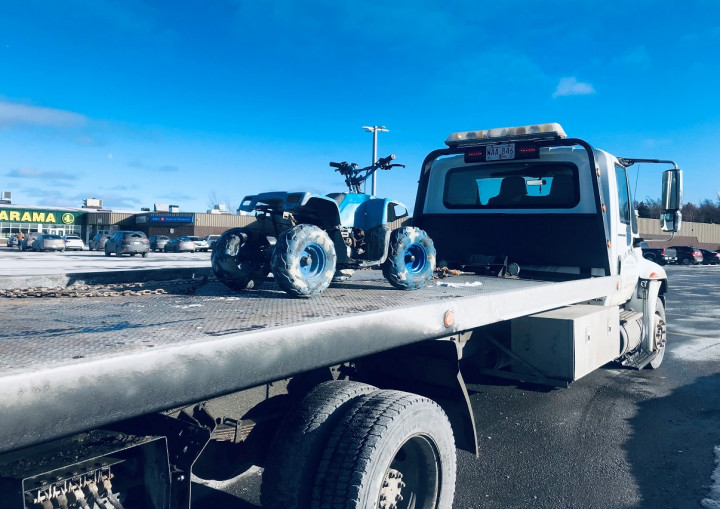 A 28-year-old Bay Roberts man is without his 50 cc all-terrain vehicle (ATV) after it was seized for operating on the roadway by RCMP Traffic Services East on January 12, 2022.

On January 11, Bay Roberts RCMP received a report of an adult man operating a child-size ATV on the Main Road in Bay Roberts. Officers responded but the ATV was not located.

On January 12, while inside Bay Roberts detachment, an officer with RCMP Traffic Services East observed what is believed to be the same ATV being operated by a man driving down the road in front of the detachment. A patrol was made and the man and his ATV were located at a local business.

The ATV was seized and impounded and the man was ticketed for operating an ATV on the roadway.