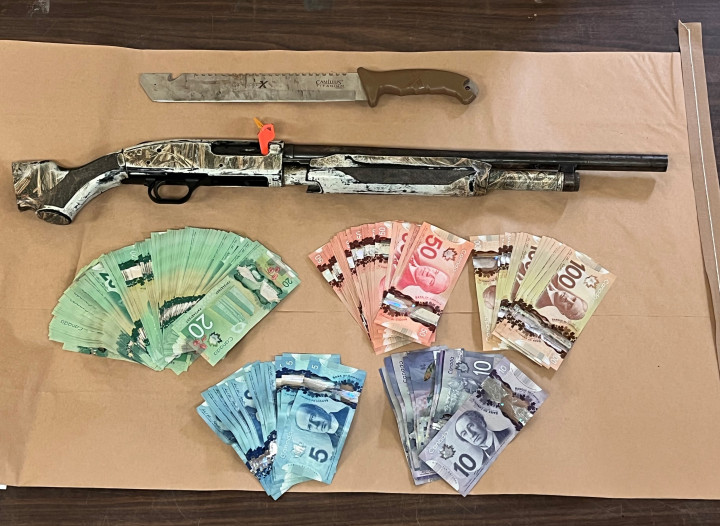 On January 29, 2022, at approximately 2:00 am, as part of an ongoing investigation, Flin Flon RCMP, along with the assistance of the Emergency Response Team (ERT), executed a search warrant at a residence on Hapnot Street, in Flin Flon.

Officers seized a firearm, Canadian currency and a machete.

A 21-year-old male was arrested at the scene.

Dylan Baker of Winnipeg has been charged with Possession of a Firearm when knowing Possession is Prohibited and Possession of Property Obtained by Crime. He was released from custody and is scheduled to appear in court on March 3, 2022.