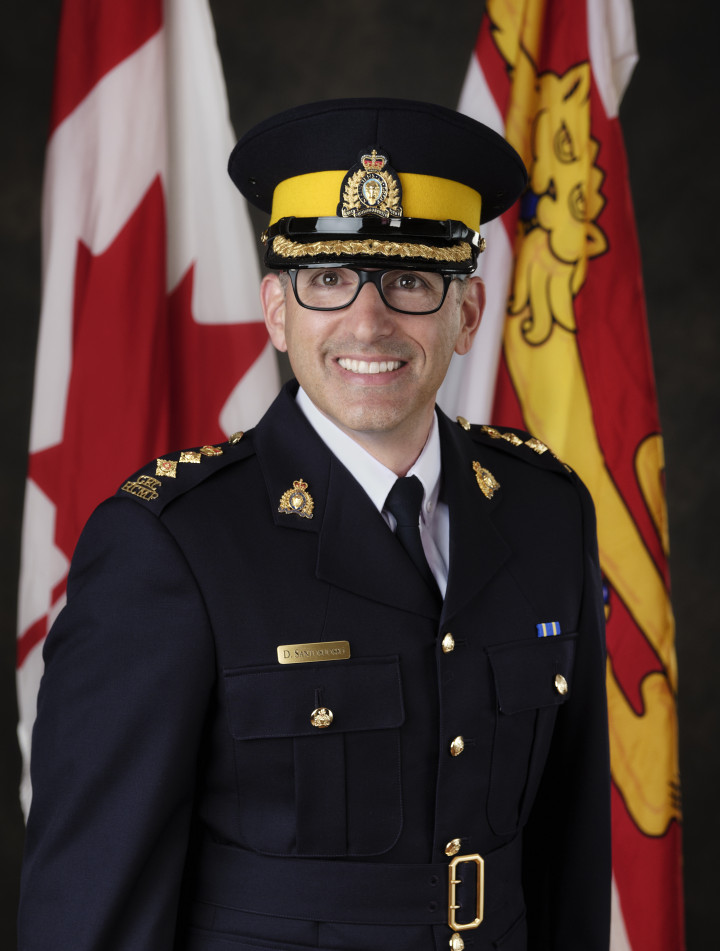 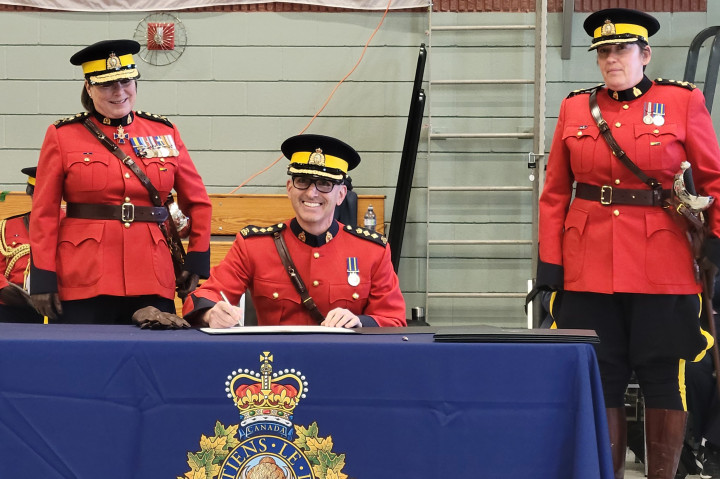 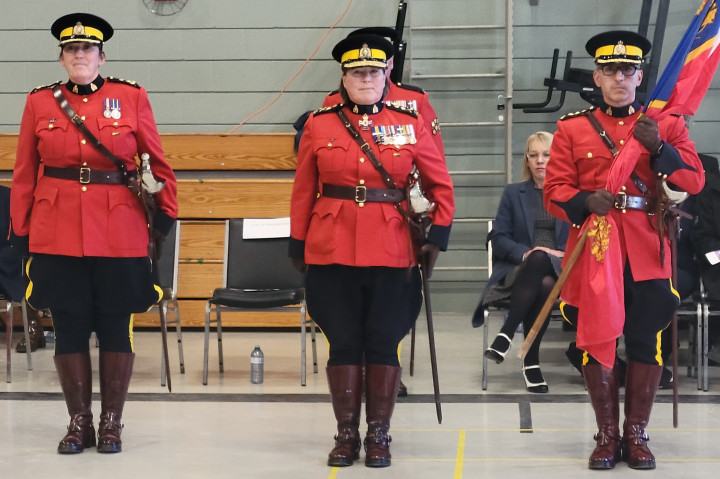 Today, RCMP members and employees, along with guests from across the province and Canada, officially welcomed Chief Superintendent Derek Santosuosso as Prince Edward Island's Commanding Officer.

"I stand before you with pride in the RCMP, members of L Division, and in this beautiful Island," said C/Supt. Santosuosso at this afternoon's event. "To be entrusted as the Commanding Officer of the RCMP in Prince Edward Island is a responsibility I accept with a duty to you and to all those we serve."

A 25-year member of the RCMP, C/Supt. Santosuosso has a diverse policing background. He has served from coast to coast, most recently as the Superintendent in charge of the Operational Support Services Branch with RCMP Newfoundland and Labrador.

The Change of Command Ceremony involved RCMP Pipes and Drums, a ceremonial troop, and a flag party. The handover of command of the Prince Edward RCMP was symbolized with a parchment signing and the transfer of the Divisional ensign to C/Supt. Santosuosso.

"I know C/Supt. Santosuosso has what it takes to successfully lead Prince Edward Island's RCMP," says Commissioner Lucki. "It wasn't long after his arrival that Hurricane Fiona hit the province. Despite severe damage in some areas and extended power outages in others, public and officer safety remained at the forefront through what I can only imagine was a frightening and stressful time."

As Commanding Officer, C/Supt. Santosuosso is responsible for leading Prince Edward Island's provincial police force in continuing to serve and protect Islanders. There are seven detachments and nearly 200 RCMP employees in the province.

Note to media: A photo of C/Supt. Santosuosso is available. For his full biography, visit: https://www.rcmp-grc.gc.ca/en/pe/commanding-officer.