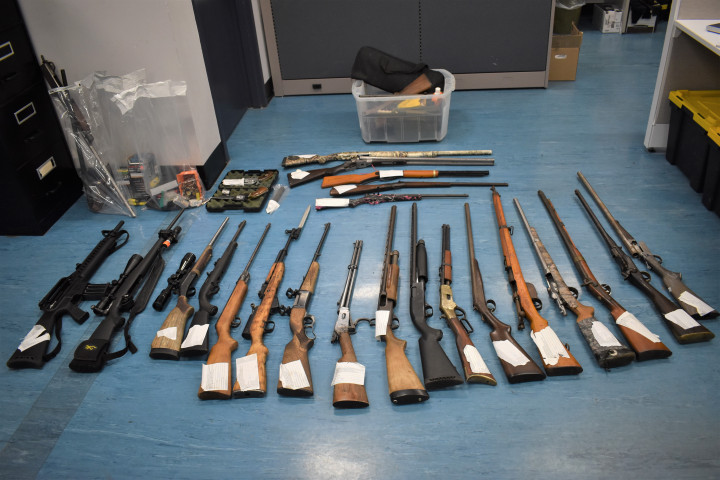 Annapolis District RCMP has charged a man with firearms offences after a search warrant was executed at a home on Shore Rd. West in Hillsburn.

On November 18, 2022, as part of an ongoing investigation, Annapolis District RCMP executed a search warrant at a home on Shore Rd. West in Hillsburn. RCMP officers safely arrested a 34-year-old man, who was held in custody. During the search RCMP officers located and seized more than twenty firearms including, long guns and a revolver, three replica firearms, a police defensive baton and ammunition.

Kyle Christian Ellis, 34, of Hillsburn, has been charged with the following:

Ellis was remanded into custody and will appear in Yarmouth Provincial Court today.

The investigation was led by Annapolis District RCMP with assistance from the RCMP National Weapons Enforcement Support Team.

Note: Attached is a photo of some of the seized firearms.