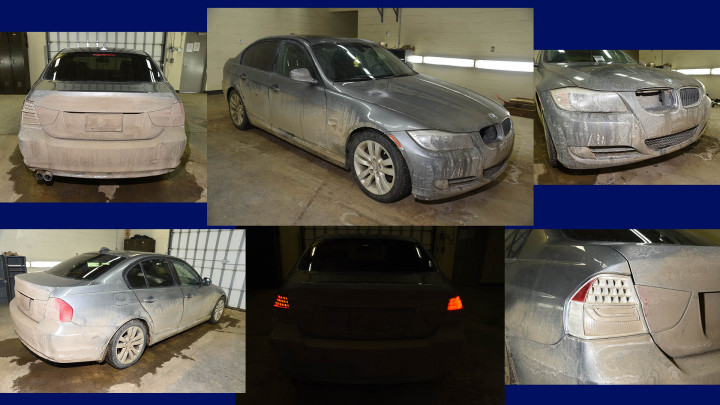 Alberta RCMP has arrested and charged a male in the disappearance of Diyana Adil Mohamed. During this investigation, Wood Buffalo RCMP engaged their General Investigation Section, Forensic Identification Section, Alberta RCMP's Major Crimes South Unit and other specialized police units within the RCMP.

Jace Jordan Charles (18), of Fort McMurray, was arrested on Feb. 3, 2021 in Fort McMurray. Jace Charles is facing charges for second degree murder and indignity to a body, in relation to the death of Diyana Mohamed (24), who was reported missing on Jan. 27, 2021.

Jace Charles and Diyana Mohamed were known to each other.

Alberta RCMP are continuing efforts to locate Diyana Mohamed's remains and are requesting the public's assistance for any additional information, surveillance or dash camera footage of the accused or the victim's vehicle between Jan. 25, from 5:30 a.m. to Jan. 27, at 9 p.m.

Diyana Mohamed's vehicle is believed to have been used during the above noted time frame. Her vehicle is described as:

Identifiable damage to vehicle: Front grill missing and damage to rear driver's side tail light as noted in attached photographs.

This RCMP investigation is ongoing. Police are asking anyone who may have knowledge of this incident, or who may have seen or heard anything in relation to the homicide of Diyana Mohamed, to contact the Wood Buffalo RCMP Detachment at 780-788-4040. If you wish to remain anonymous, you can contact Crime Stoppers by phone at 1-800-222-8477 (TIPS), online at www.P3Tips.com, or by using the "P3 Tips" app available through the Apple App or Google Play Store.

Wood Buffalo RCMP are seeking the public's assistance in locating 24-year-old Diyana Adil Mohamed, who was last seen on Jan. 25, 2021, in the Gregoire area of Fort McMurray. Diyana was reported missing on Jan. 27, 2021, and has not been seen or heard from since Jan. 25, 2021.

Diyana is from Fort McMurray, and it is out of character for her not to be in regular contact. The Wood Buffalo RCMP have been unable to locate Diyana, are concerned for her well-being and would like to speak to her.

Diyana Adil Mohamed is described as:

If you have any information in relation to Diyana's whereabouts, or have been in contact with her, please contact the Wood Buffalo RCMP at 780-788-4040. If you want to remain anonymous, you can contact Crime Stoppers at 1-800-222-8477 (TIPS), online at www.P3Tips.com or by using the "P3 Tips" app available through the Apple App or Google Play Store.