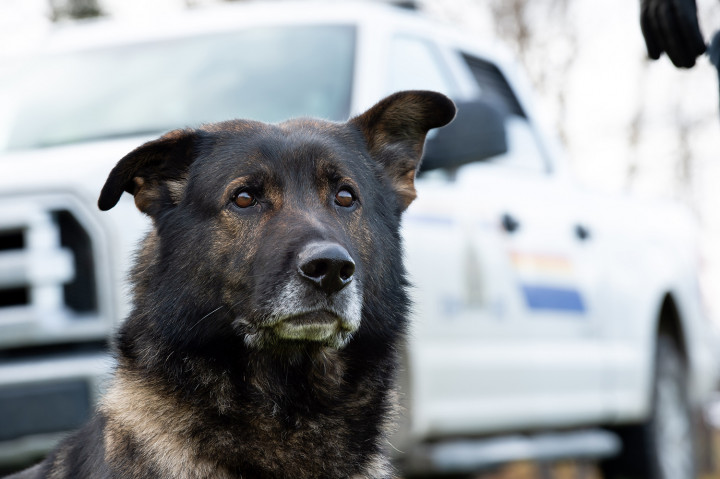 On June 28, 2021, at approximately 12:33 am, Thompson RCMP received a report of a man who had been assaulted outside a business on Mystery Lake Road in Thompson, Manitoba. When officers arrived, it was determined that a 21-year-old male from Thompson had been assaulted and robbed at knifepoint of his cell phone and his jacket by a male and female. The suspects fled on foot.

RCMP Police Dog Services (PDS) responded, and Police Service Dog Linkin began to track the suspects. A short while later, police responded to a report of a man and a woman yelling in the bush by the Millennium Trail. Officers located the female, but the male had again fled. It was determined these were the same individuals involved in the armed robbery on Mystery Lake Road. The female was taken into custody.

PDS attended to the scene by the Millennium Trail. Linkin was again deployed and located the male suspect, who was treated for minor injuries at the scene and released.