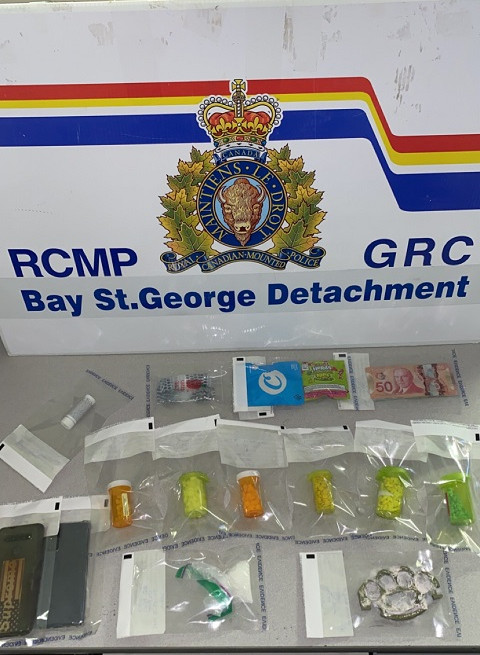 A 21-year-old Stephenville man is facing a number of charges following a traffic stop by Bay St. George RCMP on July 12, 2021.

At approximately 2:00 a.m. on Monday, police conducted a traffic stop on Grove Street in Stephenville. The driver, who was operating a vehicle without insurance, showed signs of impairment consistent with cannabis use and tested positive for cannabis on roadside drug screening equipment. He was arrested for impaired driving and was found possession of cocaine, prescription medications, cash and a prohibited weapon. The man was transported to Sir Thomas Roddick Hospital where further testing was completed for the purpose of an impaired driving investigation. Officers await the results of the testing to determine if charges of drug impaired driving are appropriate.

The driver was released from custody and faces charges of possession for the purpose of trafficking, possession of a prohibited weapon and possession of a weapon contrary to a court order. In addition, he was issued a seven-day driver's licence suspension, and ticketed under the Highway Traffic Act for driving without insurance. The vehicle was seized and impounded.