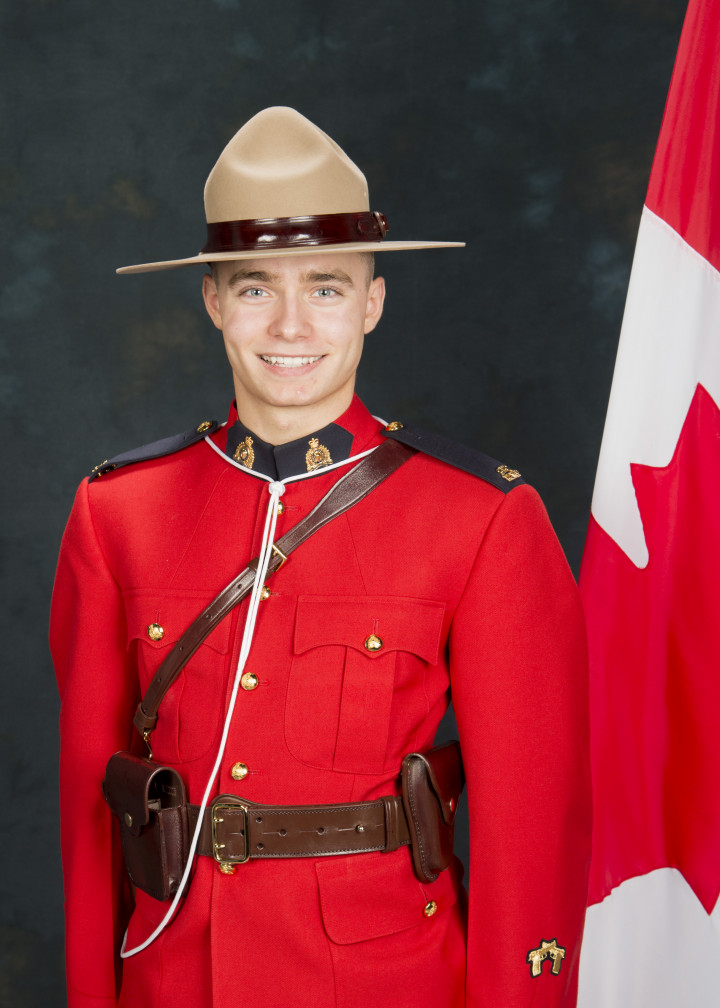 Tragedy unfolded early this morning for our Saskatchewan RCMP family.

While responding to the call of duty, Constable. Shelby Patton of the Indian Head RCMP Detachment, lost his life.

This morning I, along with the Indian Head Detachment Commander and Saskatchewan RCMP Chaplain, had to tell Constable Patton's wife the difficult news that he is not coming home…. I am heartbroken for her and her family.

Constable Patton's family is also part of the RCMP family. They have lost a husband, son and brother. We will continue to support them during what is an extremely tragic time.

No one should have to wake up and learn their family member died as a result of doing their job and this is what happened today to Constable Patton's loved ones.

Constable Shelby Patton was killed this morning at around 8:00 a.m. while following two suspects who were driving a stolen vehicle, a truck, from Manitoba.

Constable Patton initiated a traffic stop with the truck in the town of Wolseley. During the course of the stop, while outside of his police vehicle, Constable Patton was struck and killed by the truck.

The truck then left the scene and was later located in a rural area northeast of Francis, Saskatchewan.

Two suspects, an adult male and adult female, were located and arrested with the assistance of RCMP Police Dog Services in a field in this vicinity just before 10:00 this morning. Both suspects remain in police custody.

I would like to express sincere appreciation to a member of the public who provided medical assistance to Constable Patton until emergency responders could arrive. Also, to farmers in the area who provided assistance to our responding police officers who arrested the suspects.

The RCMP Major Crime Unit North has taken the lead on this investigation with the assistance of multiple RCMP Detachments, Collision Reconstruction and Forensic Identification Services, among other supporting units and partner agencies.

We know the public has many questions.

At this time, we are in the initial stages of this investigation and therefore, we cannot release more specific details. We commit to sending out more information in the coming days, as we are able.

A tragedy such as this shakes our entire RCMP family to its core, coast to coast.

Although we wear a police uniform, we are regular people, going to our job each day, just as everyone else does. Today, Constable Patton will not come home from doing his job protecting the public.

I want to thank those in our RCMP family and members of the public who have already offered support and messages of condolence.

To show our respect and honour our fallen colleague, flags at every RCMP detachment across the province will remain at half-mast until sunset on the day of the funeral. Information regarding Constable Patton's funeral service will be shared in the coming days.

We will have details available on our Saskatchewan RCMP website soon as to how members of the public can share condolences with Constable Patton's family, friends and colleagues.