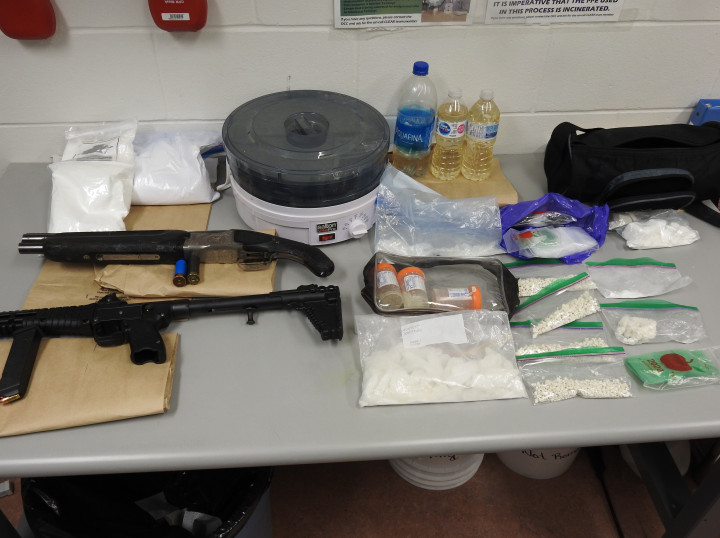 The St. Albert RCMP Crime Reduction Unit (CRU) has been monitoring a federal parolee residing in St. Albert since Oct. of 2020. The parolee was on statutory release for a drug trafficking conviction. St. Albert CRU learned that the parolee began selling illegal drugs again, which lead to a new investigation.

On June 17, 2021, St. Albert CRU with the assistance of St. Albert Drug Unit and St. Albert Traffic Services executed a Controlled Drugs and Substance search warrant at an apartment in St. Albert. During the search, police located and seized the following items:

The approximate street value of the drugs seized was substantial.

As a result of the investigation and search, a 41-year-old male of St. Albert was arrested and charged with the following:

The 41-year-old male's parole has been suspended, and he was remanded into custody, and his next court appearance is June 28, 2021. in St. Albert for his new charges.