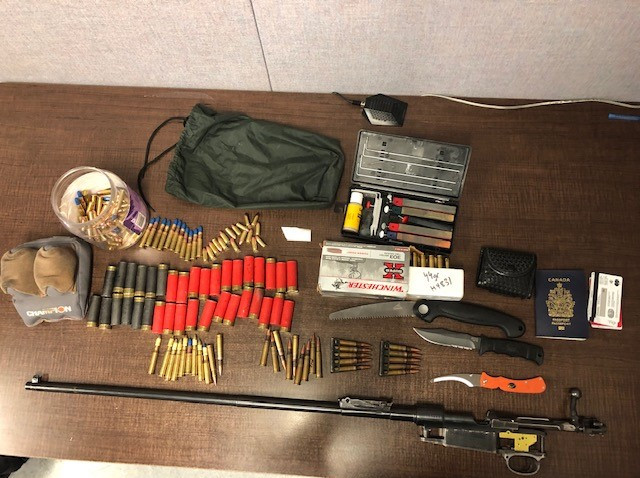 A search of the vehicle both were travelling in resulted in the following seizure:

The 34-year-old male and the 38-year-old female, both from Sundre, have each been charged with the following:

The 34-year-old male has additional charges of possessing a weapon contrary to a court order, and driving a motor vehicle while prohibited contrary to the Traffic Safety Act.

In relation to an investigation regarding a stolen vehicle and attempted catalytic converter theft that occurred in Didsbury, Alta. on Feb. 14, 2021, Didsbury RCMP have charged the 34-year-old male with the following:

After a judicial hearing, the 34-year-old male has been remanded in custody and will be appearing in Okotoks Provincial Court on Friday Feb.19, 2021.

The 38-year-old female was released to appear in Didsbury Provincial Court on March 22, 2021.

The ammunition recovered is very distinct. Most of the rifle rounds are "reloads" with blue tips. If this is yours, or you have information regarding the owner of the ammunition, please contact Sergeant Gary Maclaren of the Southern Alberta Crime Reduction Unit at 403-704-6283.