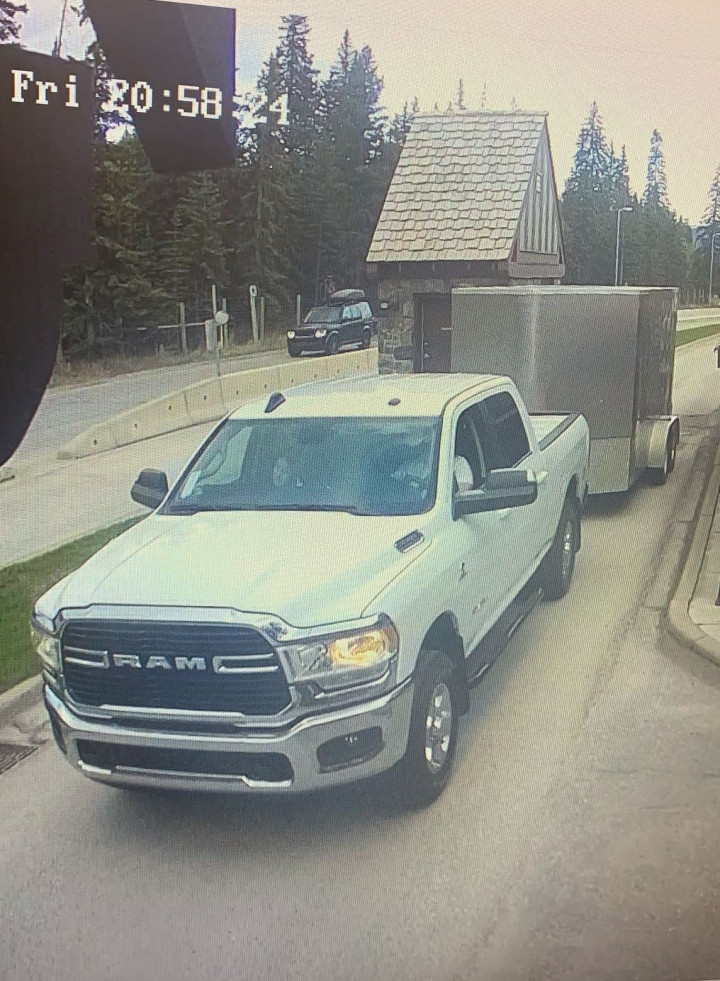 In early June of 2021, the RCMP Southern Alberta Crime Reduction Unit (SACRU) and Lethbridge Police Service (LPS) entered into a joint forces investigation after multiple frauds were reported between April 19 and June 8, 2021, in Lethbridge and Southern Alberta as well as in RCMP jurisdictions in Southern Saskatchewan.

On June 23, 2021, members of the SACRU and LPS conducted surveillance on several suspects believed involved. In the afternoon of June 23, 2021, members of the SACRU conducted a traffic stop on Highway 3 near Grassy Lake. While one occupant of the truck was being arrested for possession of stolen property, two other occupants fled from the traffic stop in a pick-up truck pulling an enclosed trailer.

Occupants of the truck detached the enclosed trailer on Highway 877 in the middle of the paved highway. The suspect vehicle was later observed by SACRU members in the town of Foremost. The suspect vehicle fled into a nearby coulee and was located by police, abandoned, a short time later. RCMP Police Dog Services (PDS) attended and located a male hiding in a field nearby. SACRU members located the second male walking on foot in the town of Foremost. Both males were arrested without further incident.

The 38-year-old male and the 41-year-old female have also been jointly charged with possession for the purpose of trafficking (x2).

In addition, both males have been jointly charged with flight from a Peace officer and mischief under $5000.

The 41-year-old female is charged with possession of a controlled substance.

The 38-year-old male has additional charges of possession of a controlled substance for the purpose of trafficking, utter a forged document, and operate a conveyance while prohibited.

Both males were wanted on Canada wide warrants for being unlawfully at large at the time they were arrested.

stolen 2020 Dodge 3500 Bighorn and stolen licence plate were recovered. In addition, prescription medications, suspected Gamma-Hydroxybutirate (GHB), methamphetamine and Psilocybin (mushrooms), were located and seized from inside the vehicle and enclosed trailer.

The investigation is on-going while police continue to process hundreds of other recovered items, including the enclosed trailer, which will likely result in additional charges.

The RCMP Southern Alberta Crime Reduction Unit (SACRU) would like to thank both Taber and Bow Island RCMP detachments for their assistance and the citizens of Foremost for their incredible amount of assistance they provided to RCMP members to help locate both individuals.

Members of the public who witness or suspect illegal activity in their community are encouraged to contact the Bow Island RCMP at 403-545-2100 or their local police. If you wish to remain anonymous, you can contact Crime Stoppers at 1-800-222-8477 (TIPS), online at www.P3Tips.com or by using the "P3 Tips" app available through the Apple App or Google Play Store.