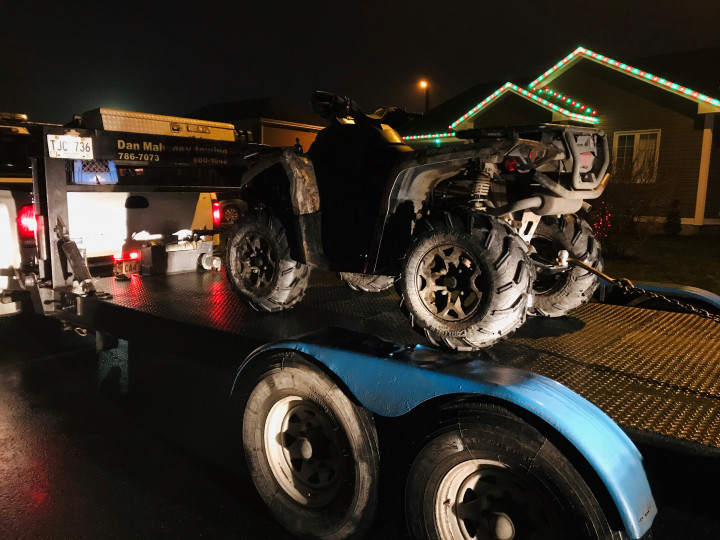 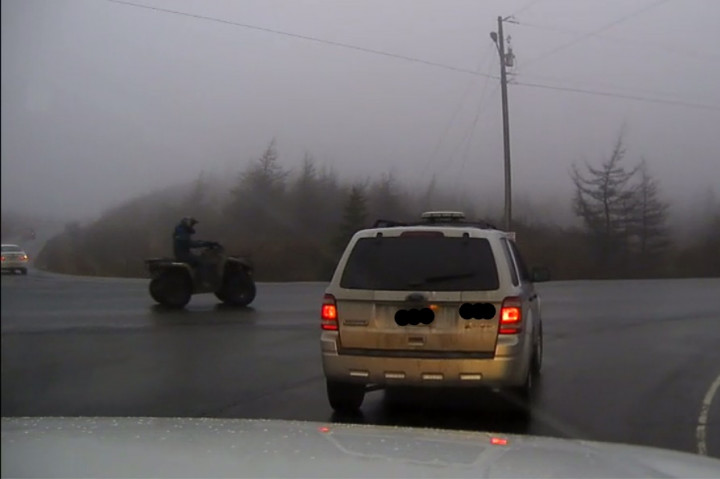 The parent of an underage driver of an ATV operating illegally in Bay Roberts will be charged following enforcement by RCMP Traffic Services East.

On January 6 at approximately 4:00 p.m., an officer with Traffic Services was on patrol on the Veterans Memorial Highway. As the officer exited the highway to the community of Bay Roberts, an ATV was noted being operated with the flow of traffic on the main, paved portion of the roadway. Using covert techniques, the officer noted the ATV being operated through the community on main thoroughfares, at times exceeding the posted speed limit in residential areas. On numerous occasions, the ATV could have left the roadway and made use of the trail systems.

Police eventually intercepted the adult-sized ATV and found it was being operated by a 15-year-old boy. The Motorized Snow Vehicles and All-Terrain Vehicle Act stipulates that operators of full-sized ATVs must be 16 years of age and older. The bike was seized and the boy's parent will be charged for permitting underage operation of the ATV.

The RCMP reminds the public that 17 people were killed in off-road vehicle crashes in 2020 alone in RCMP detachment areas. Responsibility of these machines being operated on roadways by underage drivers lies with parents and guardians. Police encourage safe and responsible use of off-road vehicles to prevent further tragedies from occurring.