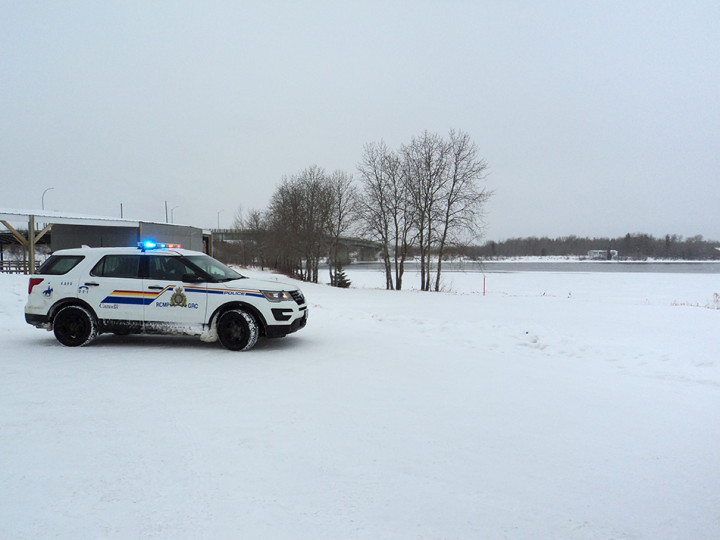 On January 13, 2021, at approximately 9:00 am, Grand Rapids RCMP responded to a call for assistance at the bridge spanning the Saskatchewan River at Grand Rapids, Manitoba. At the scene, officers saw an adult male being carried downstream in the river by the strong current. An officer called out to the man to swim toward the ice edge. He was carried downstream approximately 50 feet until he was able to grab the ice edge and hang on.

The RCMP had ice rescue equipment, and attempted to reach the male with a rope throw bag, but this was unsuccessful. The male was beginning to lose consciousness and was slipping under the water. One of the responding officers is a trained Ice Rescue Technician. The officer tied the rope from the throw bag around his chest and used other RCMP officers and fellow emergency responders as anchors as he crawled out onto the ice.

The officer was able to grab hold of the male, and together they were pulled off the ice to safety. Both the male and the officer were taken to the Grand Rapids Nursing station. The officer was not injured. The male had minor injuries.

The Manitoba RCMP offers ice rescue training to its officers, especially those working in northern Manitoba. In the last nine years, Manitoba RCMP has trained approximately 90 officers with this unique program.