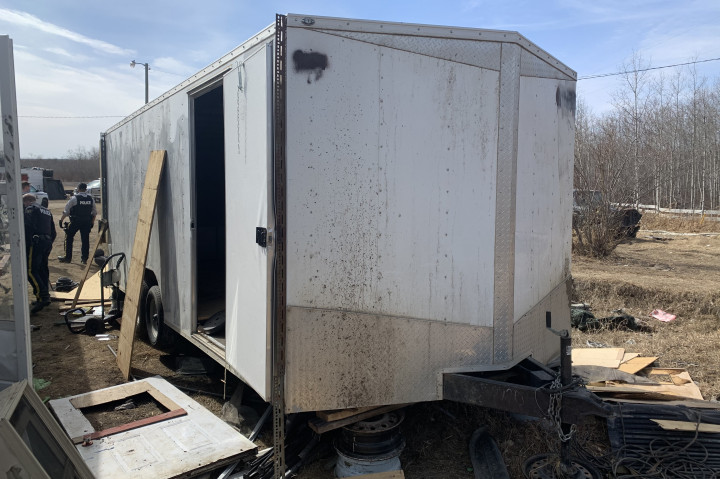 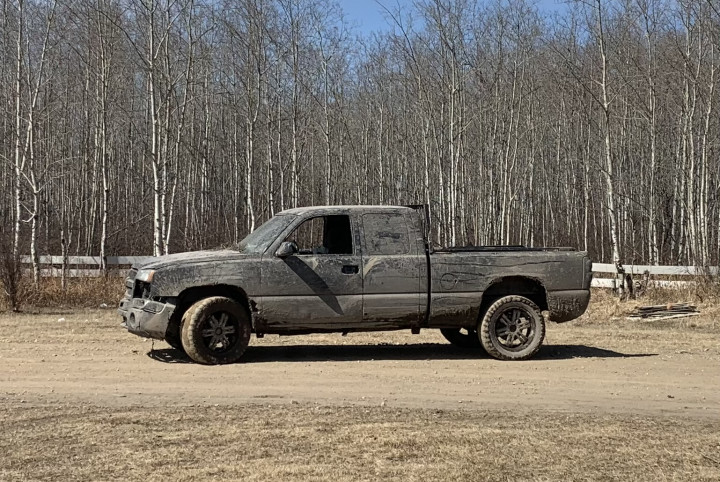 On April 14, 2021, members from the RCMP's Lakeland Crime Reduction Unit (LCRU) attended a residence on the Cold Lake First Nations Reserve in an attempt to locate and apprehend a suspect who was wanted on multiple outstanding arrest warrants. Upon pulling into the driveway, police observed two occupied pickup trucks which were parked alongside one another. Police watched as one of the trucks fled from the property and drove into a trail system of a nearby wooded area. Police approached the second vehicle and spoke with the occupants. Upon further investigation, police discovered that one of the vehicles occupants was wanted on an outstanding Arrest Warrant and another was breaching conditions from a previous Release Order. Police located a can of bear mace, a set of imitation brass knuckles and a loaded semi automatic rifle in the vehicle. All four occupants were arrested without further incident with assistance from members from the Cold Lake RCMP Detachment.

Police later located the vehicle that fled after it had been left abandoned on the trail a short distance from the property. Police determined that the vehicle was stolen from the Lloydminster area, and a fifth suspect was subsequently located and arrested after it was determined she was an occupant of the stolen vehicle. A sixth suspect, who police believed to be the driver of the stolen truck, was not located after having fled the area on foot.

While looking for the sixth suspect, police located an additional pickup truck as well as an enclosed cargo trailer with tampered vehicle identification numbers. With the assistance from the RCMP's K Division Auto Theft Unit North, police were able to confirm that both the pickup truck and cargo trailer were stolen from the Cold Lake area. The total value of recovered property was estimated at approximately $40,000.00.

April 19, 2021 – Members from the RCMP's LCRU, with assistance from members of the Cold Lake RCMP Detachment, located and arrested the sixth suspect after executing a Warrant at a residence in the Cold Lake First Nations Reserve.

A 45-year-old male of Cold Lake was charged with the following offences:

The 21-year-old female was also independently charged for the following offences:

The 21-year-old male was also independently charged for the following offences:

A 28-year-old female of Cold Lake was charged with the following offences:

The 21-year-old female was held for a bail hearing where she was released by a Justice of the Peace on a $350 cash Release Order with conditions.

A 28-year-old female was released by police on an Undertaking with conditions and is scheduled to appear in Cold Lake Provincial Court on June 9, 2021.

As this matter is now before the courts, no further updates will be provided.