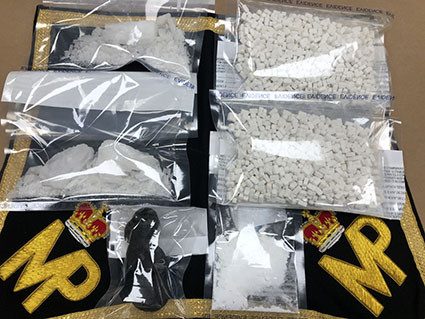 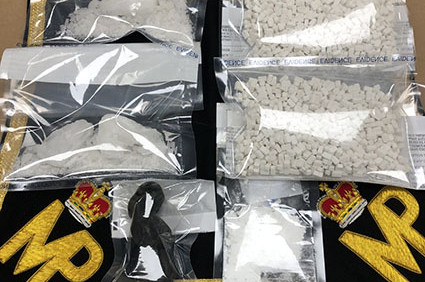 The Prince District JFO Drug Unit which is comprised of RCMP, Summerside and Kensington Police officers, assisted by RCMP Federal Serious and Organized Crime officers, conducted a targeted vehicle stop in Borden-Carleton Sunday, January 10th, 2021. As a result of this stop police seized a half pound (8 ounces) of crystal methamphetamine, 2 pounds of methamphetamine pills, an ounce of cocaine, 4.5 ounces of cannabis resin, and over $2,500 in cash.

A second man, 38 years old and also from Summerside, was also arrested at the time and was subsequently released.

The investigation into this matter is still ongoing.

If anyone has any information regarding drug trafficking or firearm offences please contact the Prince District JFO Drug Unit at 902-436-9300 or Crime Stoppers at 1-800-222-8477.