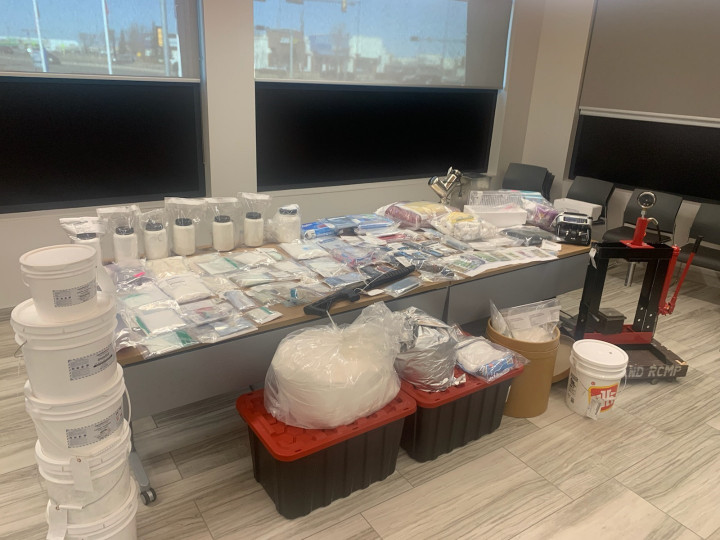 During the search warrants, several items were seized, including what is believed to be:

"This is one of the most significant drug seizures we've seen in Parkland," said Insp. Mike Lokken, Officer in Charge of Parkland RCMP. "This seizure will undoubtedly have a major impact on the organized crime and illicit drug trade in our area."

Three males from Spruce Grove have been arrested in relation to the investigation. All three have been released from custody and are scheduled to appear in Stony Plain Provincial Court on June 9, 2021.

Parkland RCMP are not able to provide a full list of charges at this time due to forensic work still being conducted on the suspected drugs. Parkland RCMP will provide an update in the future.

If you have information about this incident or any other illegal activity, please call the Parkland RCMP at 825-220-2000 or call your local police. If you wish to remain anonymous, you can contact Crime Stoppers at 1-800-222-8477 (TIPS), online at www.P3Tips.com (http://www.p3tips.com/) or by using the "P3 Tips" app available through the Apple App or Google Play Store.