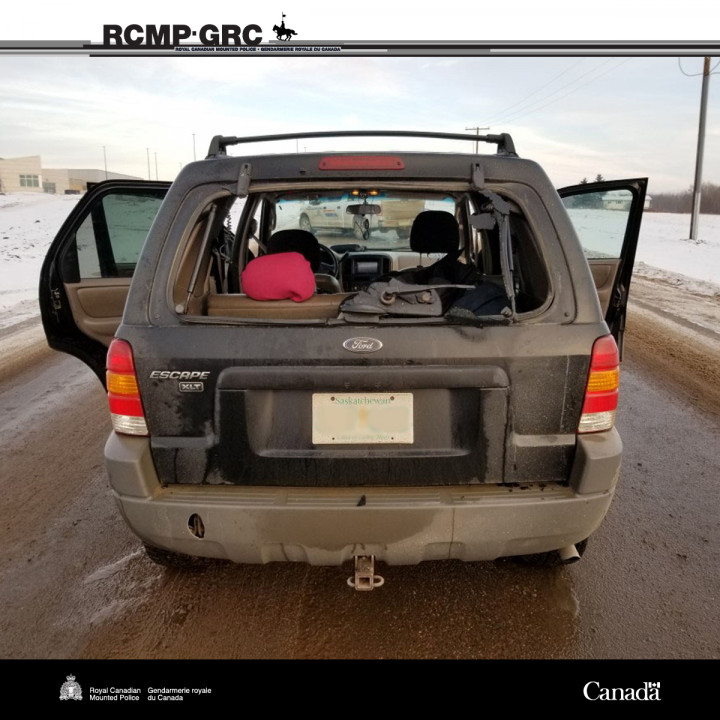 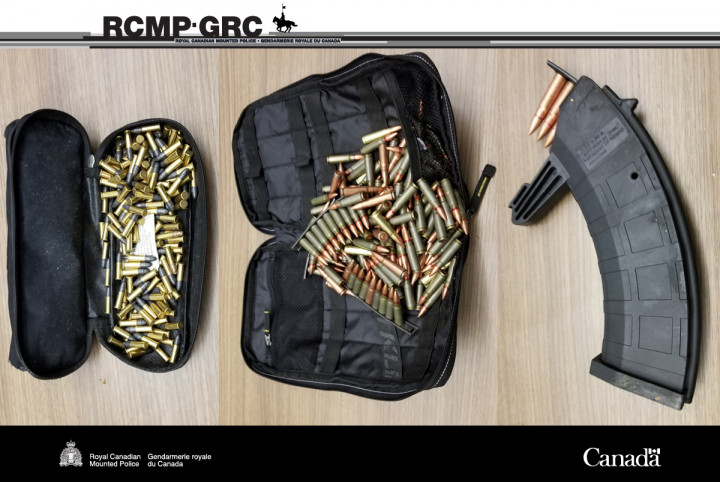 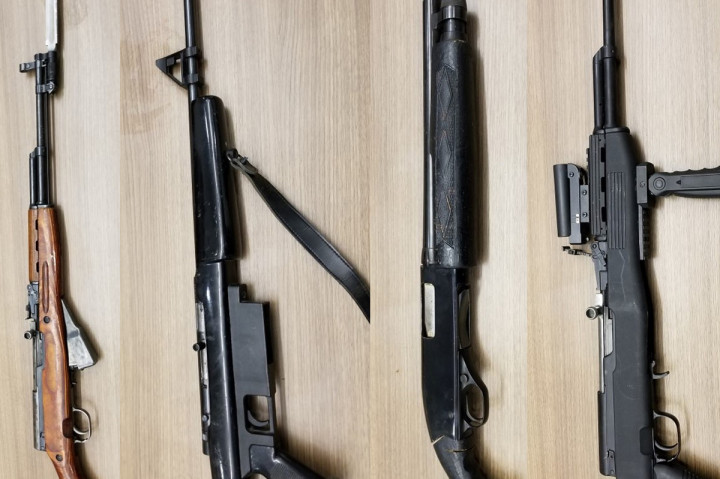 On January 1, 2021, at approximately 2 p.m., Onion Lake RCMP received a report from a resident of the rural area west of Onion Lake Cree Nation that a black SUV entered their private yard and quickly drove off, smashing through their fence.

Police officers observed a long-barreled firearm coming out of one of the SUV windows, seconds before the firearm was discharged multiple times in their direction. Onion Lake RCMP officers proceeded to engage in a pursuit of the black SUV while being under fire.

The black SUV stopped in front of the new Onion Lake Cree Nation High School. The male driver and the male front passenger left the vehicle and fled on foot to an open field area. Two Onion Lake RCMP officers pursued them on foot, while additional police officers arrested the remaining three passengers of the black SUV, one male and two females.

The pursuing police officers located and arrested the male passenger in a nearby baseball field and the male driver hiding inside a garbage bin. All five occupants of the black SUV, later identified as local street gangs associates, were taken into custody.

A search of the black SUV resulted in the seizure of two SKS rifles, one sawed-off shotgun, one sawed-off 22-caliber rifle and different types of ammunitions.

Saskatchewan RCMP Inspector Joshua Graham, who oversaw the incident as the Officer in charge of Operations for Central Saskatchewan, said: "This is a reminder that policing is dangerous. When an incident starts involving firearms, as the officer in charge of operations, I naturally worry about the safety of my officers involved. Then I remember that we are all in good hands. Every day, I see several examples of good policing like this across our province, where our officers are successful at stopping a threat while controlling the risks and ensuring officer and public safety."

North Battleford Provincial General Investigation Section took carriage of the investigation and charged all five occupants of the black SUV under the Criminal Code of Canada.

32-year-old Melissa Lee McAlpine, from Lloydminster, SK, has been charged with the following two criminal offenses:

Danny Lee Weeseekase is facing the additional criminal charge of:

All five accused will remain in custody until they next appear in court at the Lloydminster Provincial Court on January 20, 2021, at 10:00 a.m.