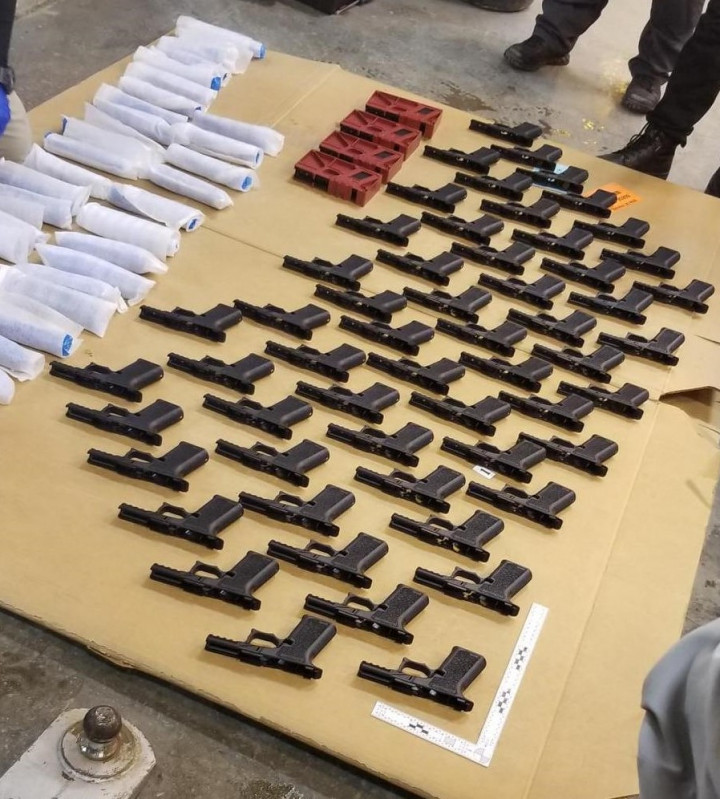 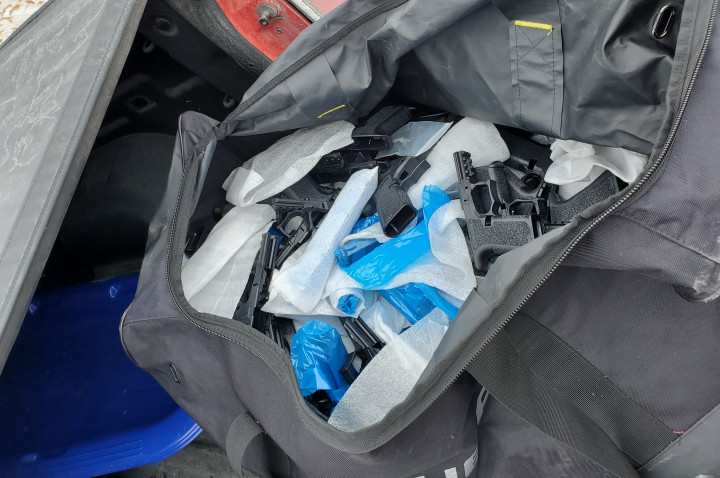 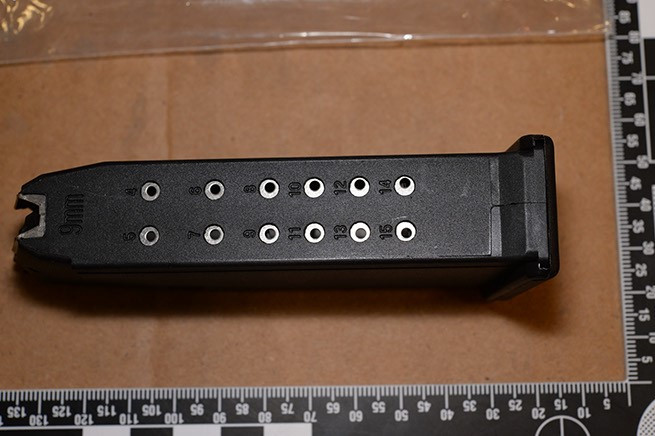 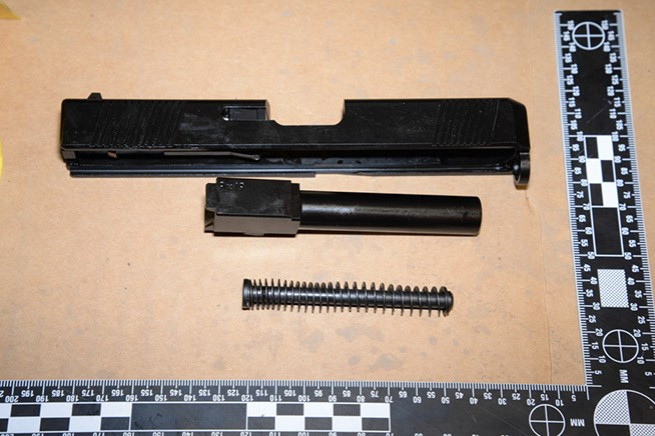 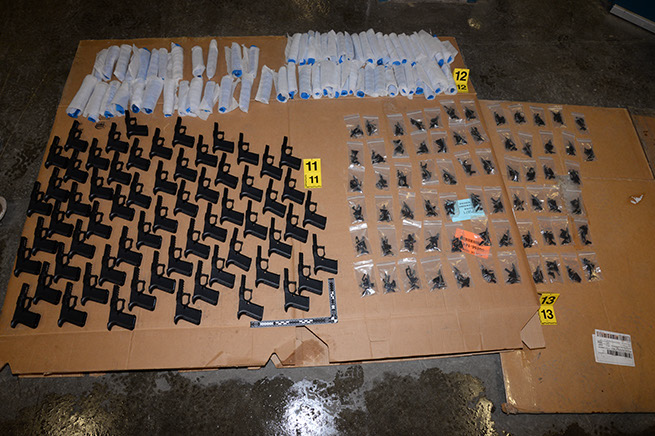 On March 5, RCMP Valleyfield Detachment officers seized 249 prohibited handguns and arrested an individual in the Dundee area, near the US border.

During a border surveillance operation, police intercepted a suspicious vehicle in the vicinity of Beaver Road in Dundee. A search of the vehicle interior and trailer found five hockey bags containing a large number of disassembled firearms parts. The driver of the vehicle, Sherbrooke resident William Rainville, 24, was immediately arrested for illegally importing firearms.

The search of the subject's vehicle led to the seizure of a total of 249 disassembled prohibited Polymer 80 (P80) PF940C Glock type handguns. All the parts needed to make the weapons operational were present, according to the National Weapons Enforcement Support Team (NWEST), which assisted in the investigation. According to NWEST, even when disassembled, each part is illegal and considered a firearm under the Criminal Code. Officers also seized 249 prohibited magazines, with a capacity of 15 rounds each, as well as the subject's vehicle, cell phone and laptop.

The RCMP, through its Border Integrity Program, contributes to ensuring Canadian security and protecting Canadians from terrorism, organized crime and other forms of cross-border criminality, including illegal firearms trafficking. Removing a significant number of firearms intended for the illegal market from circulation prevents them from falling into the hands of malicious individuals. If you have any information about illegal possession or trafficking of firearms or other illicit activities, contact the RCMP at 1-800-771-5401.