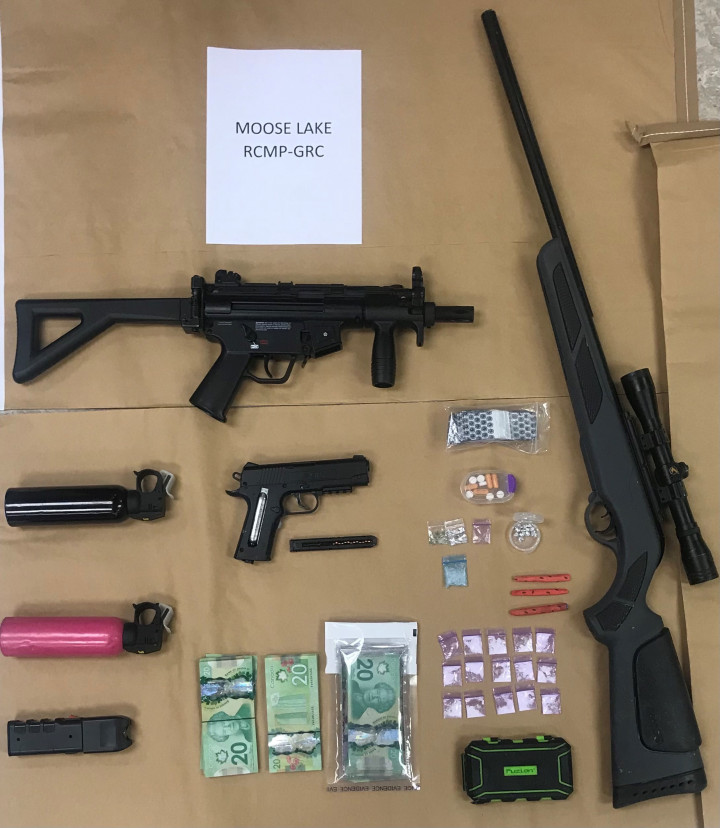 On June 18, 2021, Moose Lake RCMP along with the North District Crime Reduction Enforcement Support Team, conducted a traffic stop and executed a search warrant at a residence in Moose Lake, as part of an ongoing drug investigation.

Three adults, aged 21, 28 and 30 were arrested during the traffic stop and an 18-year-old female was arrested at the residence.

A search of the residence resulted in the seizure of bear mace, three firearms (pellet guns), an undisclosed amount of Canadian currency, cocaine, and drug trafficking paraphernalia.

A search of the vehicle resulted in the seizure of methamphetamine, cocaine, oxycodone, gabapentin, cannabis, an undisclosed amount of Canadian currency, bear mace, and a conducted energy weapon.

The 18-year-old female has been released without charge.

The 21-year-old male is facing drug charges and was released with an upcoming court date.

Cheryl Lambert, 30, and Skylar Constant, 28, are facing numerous charges and have been remanded in custody.

All of the charged are from Moose Lake.