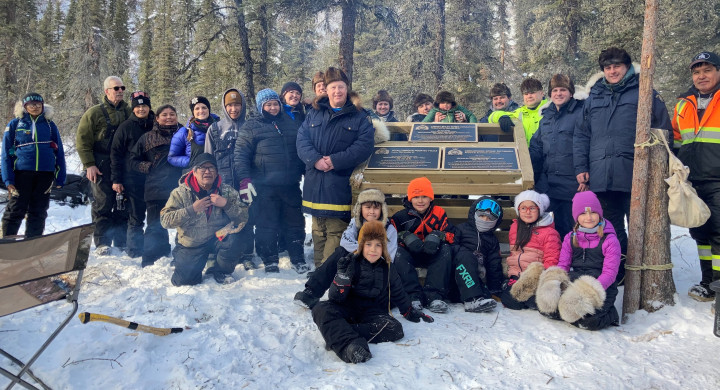 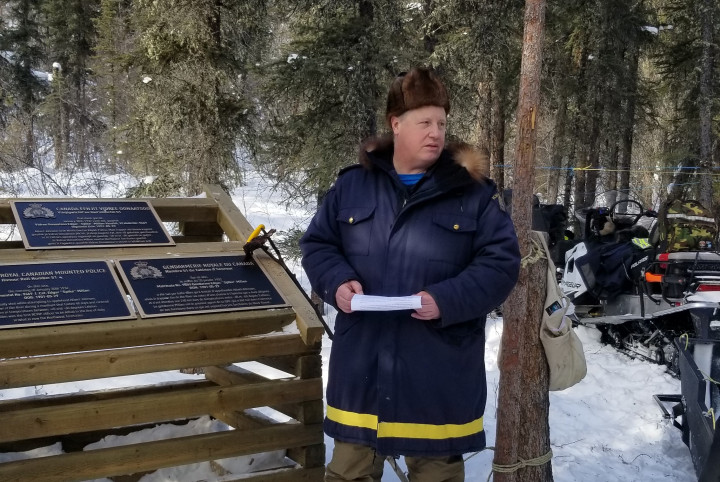 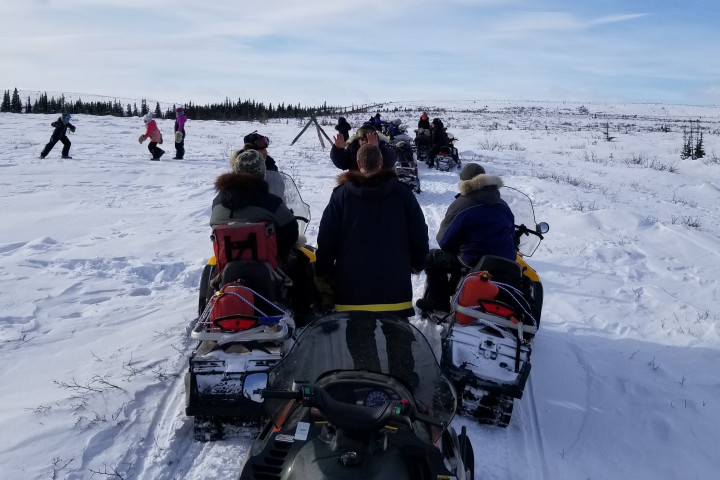 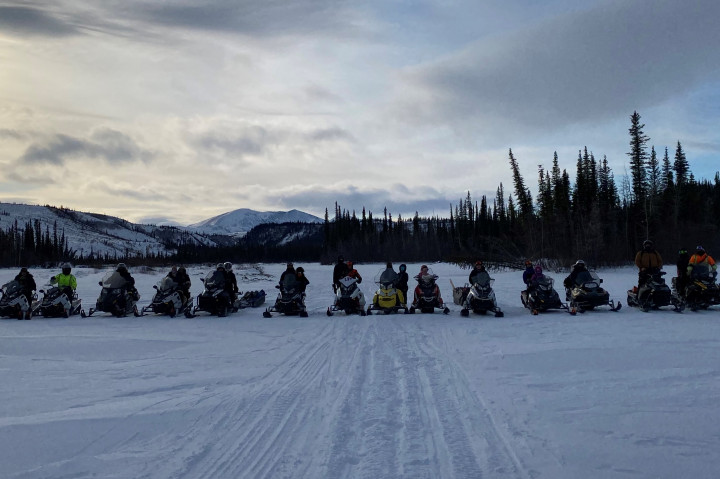 On March 25th, 2021, a group of NT RCMP members, and community members from Fort McPherson and Inuvik travelled to the Millen Cairn site for a rededication ceremony. RCMP Chief Superintendent Jamie Zettler, Commanding Officer NT RCMP, led the ceremony commemorating the service and sacrifice of Constable Edgar Miller in 1932.

RCMP Chief Superintendent Zettler shared a few anecdotes about Cst. Millen. He spoke of the history of the site, the strong relationship the RCMP have with the Gwich'in people who call the area home, and re-dedicated the memorial cairn for Cst. Millen. C/Supt. Zettler also thanked the current and past RCMP members and members of the community who assisted the project. Cumulatively, there were years of planning and effort to restore the cairn. The three plaques placed on the cairn were in the Gwich'in, French and English languages. The group also improved access to the site by cutting trails and building bridges between Fort McPherson and the Millen Cairn. After a prayer from community member Donna Snowshoe, Abe Stewart spoke of his history with the RCMP officers who have served the community through the years. He also shared his support for the RCMP continuing to serve in the community.

After the dedication ceremony, RCMP members and those in attendance enjoyed light refreshments including traditional foods. A fire and a McPherson tent provided an opportunity to warm up. The group then departed for the nearly 60 km snowmobile ride from Millen Creek, in the foothills of the Richardson Mountains, to Fort McPherson.