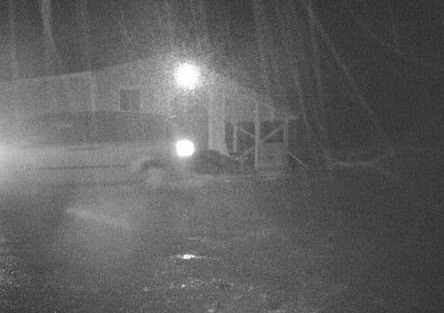 Over the past month, Glovertown RCMP has received several reports of break, enter and thefts from local cabin areas. Early this morning, a 26-year-old man from the Eastport Peninsula was arrested for theft following a report of suspicious activity captured on a live surveillance camera at a cabin in the area of Drover's Ridge.

At approximately 3:15 a.m., Glovertown RCMP received a report from a cabin owner stating that one of their live cameras was capturing a suspicious vehicle at their property. The owner advised that an individual was also captured stealing another camera from the property.

Police responded and located the described vehicle on Drover's Ridge Road. A traffic stop was conducted and the driver was found in possession of the stolen surveillance camera, as well as a number of other suspected stolen items. The man was arrested and later released from police custody. He is scheduled to attend court on January 11, 2022, to answer to a charge of theft.

Glovertown RCMP asks anyone with information, including any available surveillance footage from the area of Drover's Ridge during the early morning hours of November 25, to please contact the Detachment at 709-533-2828, or contact Crime Stoppers by calling 1-800-222-TIPS (TIPS is 8477), by Secure Web Tips at www.nlcrimestoppers.com, or by downloading the free and secure mobile app. Search the App Store for "P3 Tips". Electronic tips submitted to Crime Stoppers are encrypted, entirely confidential and completely anonymous.