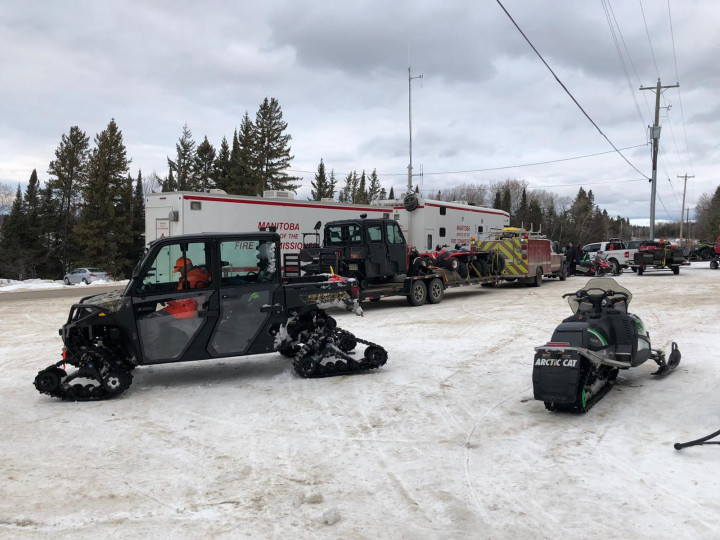 On February 23, 2021, at approximately 5:00 pm, RCMP called off the search for missing snowmobiler Dan Lemay.

Two reports of a lone snowmobiler heading northbound on Eleanor Lake on the night of February 21, near the time Lemay was reported missing, led aerial searchers to an area of open water. Trained ice rescue technicians from the Office of the Fire Commissioner attended to the open water and located snowmobile tracks that led to broken ice. There were no tracks leading away from the site.

Two days of searching by more than 50 volunteers and numerous trained search and rescue teams, which covered hundreds of kilometres of trails, did not lead to any other evidence of where Lemay or his snowmobile may have gone. Searchers believe Lemay entered the water and did not resurface. He is presumed drowned.

The search for Lemay and the snowmobile will resume in the spring once conditions are safe for a dive team to engage in the search.

On February 21, 2021, at approximately 11:25 pm, Lac du Bonnet RCMP received a report of an overdue snowmobiler. Dan Lemay, 50, from Grunthal, Manitoba, left Pinewood Lodge on a snowmobile trip around 4:00 pm to retrieve a broken snowmobile that was left at Rennie, Manitoba. He had called a family member at approximately 7:15 pm to advise that he was unsure of his location, but believed he was close to Nutimik Lake. He again contacted the family member at 9:15 pm saying he thought he was near Pinewood Lodge, and that is the last contact Lemay had with his family member.

By 8:00 am on February 22, 2021, local riders who know all the snowmobile trails in the area had been out looking for Lemay, but were unable to locate him. RCMP were on scene and CASARA had a plane in the air looking for Lemay. The RCMP then brought in a ground search team as did the Office of the Fire Commissioner, who continue to search on foot and with snowmobiles. On February 23, a helicopter with thermal technology is now flying in the area looking for any heat signatures that may be Lemay while the ground search teams continue their efforts.

Lemay was dressed for the conditions and he knows the area. However, police are concerned as he has been out of contact for quite some time and does not have supplies, such as food and water, with him.

Police and the OFC continue their search efforts and will provide an update when possible.