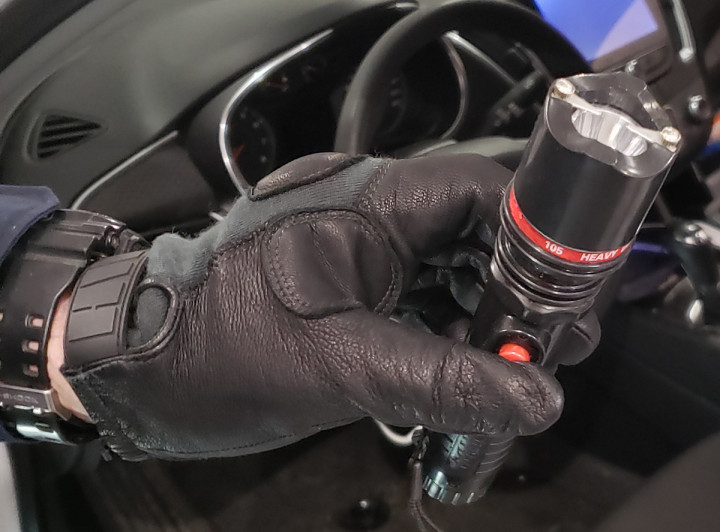 On June 21, 2022, RCMP Major Crime Services re-arrested and charged Jean Francois D'Asti-Brideau, 26, of Laval, Quebec, with Human Trafficking. Investigation has determined that the female passenger in the vehicle at the time of the traffic stop was a victim of human trafficking and was being transported from Quebec. D'Asti-Brideau was arrested in Kamloops, BC, by Manitoba RCMP Major Crime Services and Kamloops RCMP's Targeted Enforcement Unit and Southeast District Critical Incident Program Emergency Response Team.

"Human trafficking is the recruitment, harbouring, and/or transporting of victims," said Sgt. Morgan Page of Manitoba RCMP Major Crime Services. "This is the type of crime that is not always easy to see. In this instance, an RCMP officer with our Central Traffic Services unit was aware of what to look for and saw signs that this couple were not what they appeared to be and called us in. This was a great heads up move by that officer, and we were able to liaise with police agencies in other provinces to further this investigation."

D'Asti-Brideau has been charged with Trafficking in Persons, Possession of Material Benefitting from Sexual Services, and Procuring to Provide Sexual Services. He remains in custody and has been transported to Winnipeg. The investigation is continuing.

If anyone has any information about suspected human trafficking, please contact your local police, or Crime Stoppers anonymously at 1-800-222-8477, or secure tip online at www.manitobacrimestoppers.com.

On January 19, 2021, at approximately 6:00 pm, Headingley RCMP received a call of an erratic driver heading northbound on the Perimeter Highway. Officers stopped the vehicle approximately one kilometer west of Highway 7. During initial contact with the vehicle occupants, it appeared a physical altercation had taken place between them, resulting in the driver being arrested.

Upon arrest, the driver became combative and resisted arrest. He then provided an incorrect name once in custody. When the driver's real name became known, it was discovered he had a number of warrants for his arrest from Quebec and Ontario. Upon search of the vehicle, multiple weapons were located, including a conducted energy weapon.

Major Crime Services continues to investigate due to the multijurisdictional and serious nature of the offences. Additional charges may be considered.