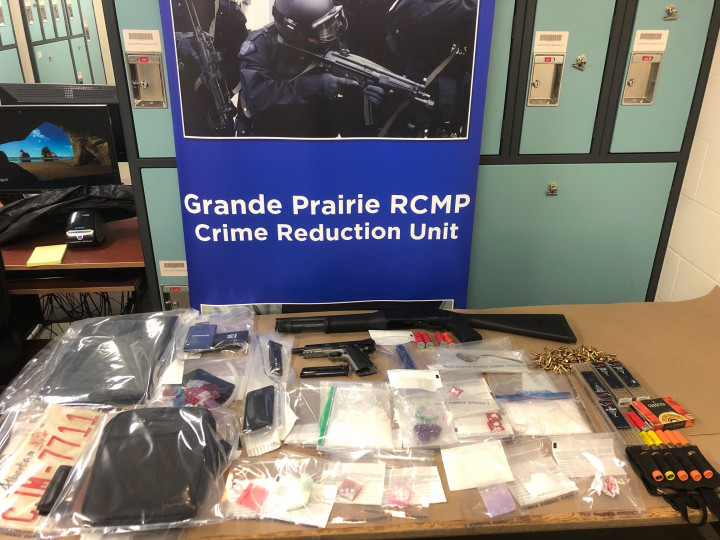 On Aug. 12, 2021, at 12:05 a.m. RCMP officers of the Grande Prairie Crime Reduction Unit were on patrol at a rural location when they observed a male in a vehicle parked at a residence. The male was known to police to be on curfew conditions of a release order.

Officers approached the male and arrested him after observing several indicators of drug possession in the vehicle. During a search of the male, incidental to his arrest, officers located a pocket knife and what is believed to be 142 grams of crystal methamphetamine and 30 grams of fentanyl. A search warrant was obtained for the vehicle, which resulted in the seizure of the following:

RCMP also located what is believed to be:

A 32-year-old male of Grande Prairie has been charged with the following:

Following a judicial release hearing he was remanded into custody to appear in Grande Prairie Provincial Court on Sept. 15, 2021.